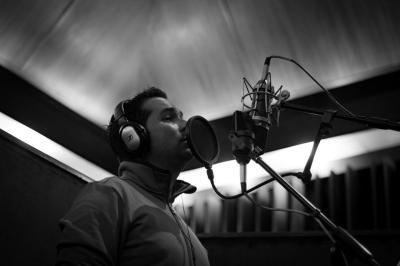 From its Miami center of operations, it displays a busy schedule of activities, which includes, among other events, presentations in public and private dances, as well as concerts and other performances, recordings and international music festivals, in which he participates as a jury of his specialty. Even the Coronavirus crisis has not stopped working, since the first months of the epidemic, which began in March 2020, have held concerts in flow From Bunker Stay Live, located in the Doral area, which had a huge audience online.

He is currently preparing an ambitious concert at flow From the Neo Big Band, the 20 musicians who make up the orchestra will play, quite directly, a wide range of distinctive swing and jazz music, and the musical genres they cultivate that have earned them good support from the followers of the audiophile group. On the other hand, they have already started recording two albums that will go on sale this year 2021, namely the music production of Carlos Escalona Cruz, a Latin Grammy winner and nominated for this award on several occasions. Both albums were recorded at Heiga Studios, one of the most important in Miami, whose facilities at 168 SE Street are constantly attending important musical figures to carry out their record productions.

It should be noted that Simón López Neo Big Band already has two more albums, produced in 2020. In recognition of his professional activity, Simón López has also received numerous awards from professional critics, including Yara The Best, such as Revelation soloist, for which he won In 2017 and received it again in 2019; Tacarigua de Oro and Internationale Emperor, in 2018 and 2019 and in the category of best singer in their specialty.

He was also responsible for acting as a qualified jury in three editions of the Rainbow Festival (between 2018 and 2020), a competition in which prominent figures in music are presented and held in the United States.

In addition to being a singer with proven vocal and interpretive conditions, this Venezuelan, who leaves the name of our country in good shape abroad, is also an entrepreneur with a good nose for discovering what might be attractive in the increasingly dynamic and competitive environment of commercial music. Hence the good results achieved at the head of the Neo Big Band, the orchestra that he founded six years ago and with which he is preparing to continue his international success.
Embed a Tweet