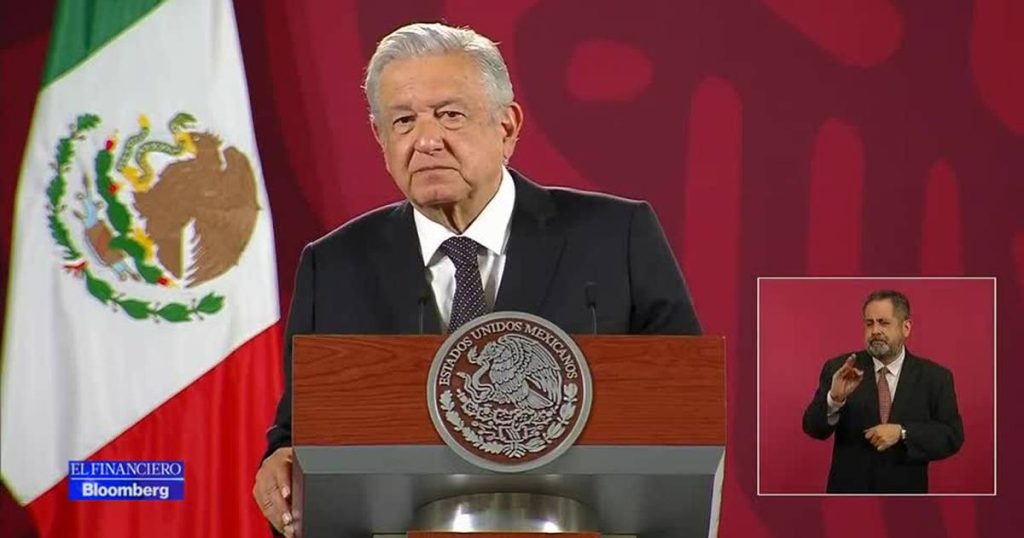 The message sent by the members of the European Parliament after its decision on protecting the lives of journalists, harassing those of us who practice this profession, and defending human rights, provoked the shameful and hasty speech of the President of the Republic and his comrades. Contact Coordinator.

The text, poor in composition and writing, is even more pathetic regarding the message, image and place of Mexico in the world.

You may not know it, but this country has had exceptional international representatives, professional diplomats and true ambassadors who throughout history have contributed to solidifying Mexico’s standing and reputation in the world.

He called it “sheep” and the interference and accomplices were countless nonsense.

The president says that no one is being repressed, no censorship, and the argument for harassment of journalists is invalid.

Does the president refer directly to journalists and reporters from his highly-publicized presidential podium each week?

Is the president excluding, attacking, threatening and harassing communications and press workers who, with critical arguments based on facts, ask the management of his government?

Is the morning slot often used to attack journalists and use insults and slander against them?

It seems to me, as I present it to you for consideration, that the answer is a resounding yes to the previous three questions.

The head of the executive branch carries out these and other activities in complete disrespect for freedom of expression. If you think your accusations don’t have the greatest impact on your critics’ daily work, think again. It puts them at risk, manipulates the data and information of journalists, and most seriously, it violates the law, since it does not have the right, under its unlimited power, to disclose personal data from tax returns, property, investments or bank accounts. … of any citizen.

AMLO has already done so, he has already displayed – in a distorted and false way – the tax pass of an important interviewer, Carlos Loret de Mola, who, incidentally, was suspiciously absent from his usual broadcasting space last week. We hope that the exercise of censorship under the guise of some other administrative or contractual reason is not.

In another radio space, the station Ciro Gómez Leyva, they last week introduced the voice of the prominent lopezobradorista, Epigmenio Ibarra, a fact that the public has fiercely criticized. It seems that the presidential propaganda apparatus, tired of criticism, got tired of the “media court” condemning them, and decided to take an offensive step.

European Parliamentarians base their observations on the facts: 151 journalists have been murdered in this country during the past 20 years: 31 of them occurred during this six-year period. It is an unresolved problem, on the contrary, it is growing.

The president can say to his rhyme that it is a “neoliberal legacies of the past,” but the truth is that his government has more premeditated murders than its predecessors and is close to surpassing the number of murdered journalists.

It is indisputable to defend a government that applies techniques and narratives every day to attack journalists.

The United States Secretary of State, Anthony Blinken, and European Parliamentarians called for whistleblowers’ lives to be protected; There is no attempt to “intervene” to demand the defense of human rights.

Here, as usual, the facts are not only denied, but on behalf of Mexico he responds with a pathetic and shameful letter from a head of state, to the detriment of Mexico’s reputation abroad.

See also  Women and Climate Change II: For the Mothers of Ayotzinapa

He is also lying, because he is talking about 66% popular support, false as of March 1, when the approval of his citizens fell to 54% – according to the EL FINANCIERO poll, not the one paid in the presidency.

But more than that, the erroneously named Fourth Shift – misnamed because it hasn’t yet changed anything in Mexico’s favour – is an ongoing movement. History will judge it based on its scope and consequences. If we stop at present, his movement will be a complete disaster for the economy, education, health, job creation and the fight against poverty, as well as, tragically, international relations.

The sheep, the president, are the legislators who, in order to support their ideas, want to change the laws they voted for and approved. These are the real sheep, legislators without standards, morals, or respect for legislative action.