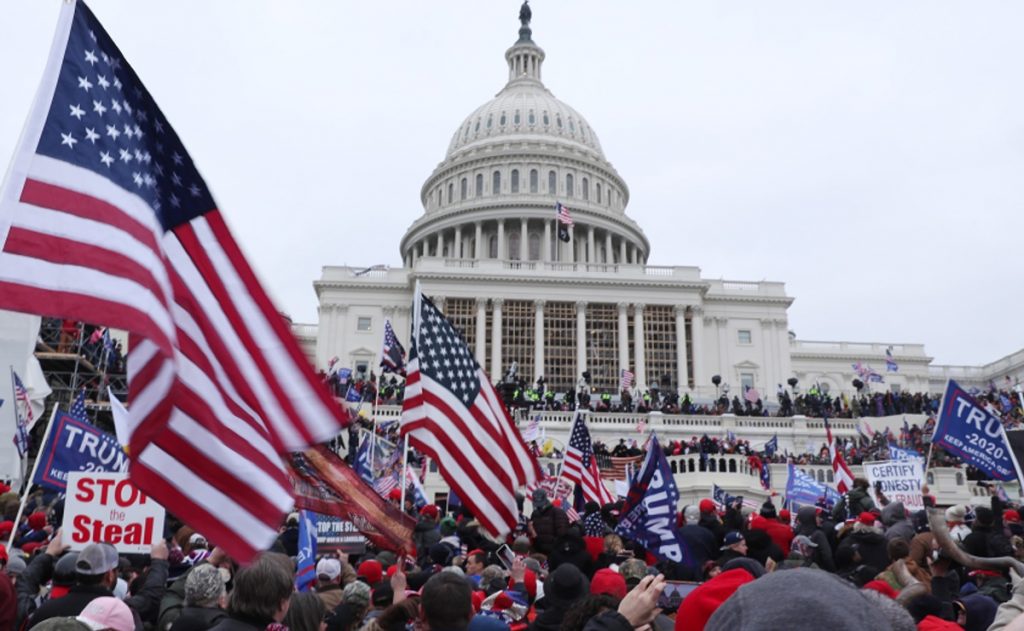 British Prime Minister, Boris JohnsonOn Wednesday, it condemned the “shameful scenes” in Washington after the removal of supporters of Donald Trump in the US Congress, while Ireland He condemned “the deliberate attack on democracy.” Germany Trump supporters urged to “stop crushing democracy” and OTAN He denounced “the shocking scenes in Washington.”

“Shameful scenes in the US Congress. The United States is the defender of democracy around the world and now it is imperative that the transfer of power take place in a peaceful and orderly manner,” the British Prime Minister said in a tweet on Twitter.

he is United States Congress A hearing aimed at certifying Democrat Joe Biden’s victory in the presidential election on Wednesday was suspended after supporters of Donald Trump took off on Capitol Hill.

Protesters entered both rooms: Senate and House of RepresentativesAnd also in the rotunda of the Capitol, where tear gas was used.

According to The Washington Post, a woman was shot inside and evacuated on a stretcher. According to CNN, he is in critical condition.

British Foreign Secretary Dominic Raab said, “The United States is very proud of its democracy and nothing can justify these violent attempts to disrupt the legal transfer of power and compliance.”

His Irish counterpart Simon Coveney condemned: “The very shocking and sad scenes in Washington, DC, that must be named for what they are: a deliberate assault on democracy by an outgoing president and his supporters, in an attempt to reverse free and legitimate elections.”

He added, “The world is watching you,” calling for “calm.”

Also read: The Pentagon activates 1100 National Guard soldiers due to the chaos in the US Congress

Irish Prime MinisterMichael MartinHe recalled the “deep bond” between his country and the United States, saying that he was following events in Washington “with great concern and astonishment.”

German Foreign Minister, Heiko MasSupporters of President Trump called for a “stop to crushing democracy” after they stormed the US Congress in Washington.

“Trump and his supporters must accept the decision of the American electorate and stop trampling on democracy,” he wrote on Twitter, adding that “inflammatory words turn into violent actions.”

Also read: Pence warns of “the full weight of the law against the protesters who stormed the Capitol Building”

“Shock scenes in Washington. The results of the democratic elections must be respected,” said the head of the NATO military alliance.

The President of the European Parliament, David Sassoli, lamented the “extremely disturbing scenes in the Capitol Building”.

“The votes of citizens must be respected. We are confident that the United States will ensure that the rules of democracy are protected,” the head of the European legislature said in a tweet.

Meanwhile, the European Commissioner for Economics, Paolo Gentiloni, posted on Twitter a picture showing Trump supporters in the halls of the Capitol Building and added a one-word message: “Shame.”

In another message, he indicated that these are “pictures we did not want to see.”