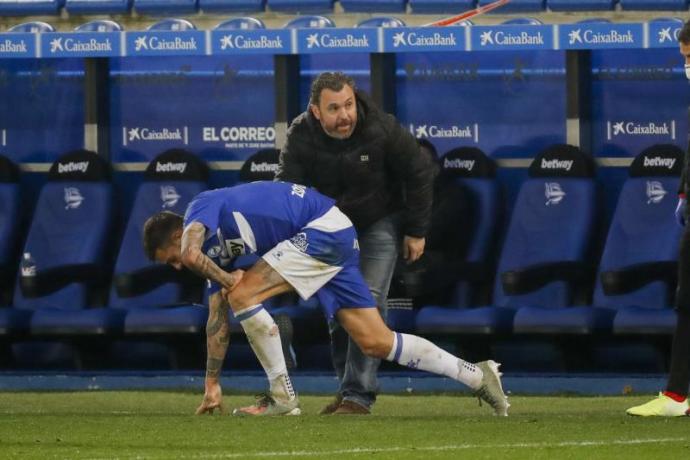 Real Valladolid coach Sergio Gonzalez warned on Thursday in a conference call that despite the importance of the win over Getafe, “nothing has been done” and “there is still a long way to go.”

“This victory means restoring confidence to the team, removing the bad feeling of not winning and restoring energy, but there is still a lot to do and say. We have to stop every game and look to the future with optimism, and benefit from the faith and ambition that we must now continue to grow.”

In this sense, he insisted that “after the Huesca match, the team was conspiring and now everyone is rushing from where they should be”, which he considers necessary “to preserve that flame and energy,” since the final match “the enemy” will require intensity and enthusiasm. ”

In his opinion, “the league can be divided into three thirds: in the first the players are placed, and in the second there are more individuals, and in the third the team is the most important, and everyone understands that eleven come out, but the rest must be prepared for what is required.”

He believes that “it is necessary to be closer together, whether in attack or defense, so that there are no spaces between the lines,” and from there he believes that they will find “arguments that enable them to play” and move to the field the weekly plan “that was implemented side by side, together. “.

“The pieces are better suited to generating goal states and starting from behind, with clear ideas of what to do. Fortunately, players are recovering and now we have more tools to surprise our opponent,” he specified.

He continues to think about the “challenge” to leave the goal “zero”, and in this sense, he asserted that “we must produce offensively, but without ever losing sight of this goal: to prevent the opponent from scoring goals”.

Therefore, one of the aspects that will focus his attention in Saturday’s match against Osasuna will be, “A team must be in a struggle for survival, but that has taken a heavy hit in recent matches and distanced itself in the classification.”

“They are a team that competes well, and finds the perfect match plan, which, in their feudalities, tends to focus on 4-4-2 with Calleri and Budimir at the attack point; this causes damage from set pieces and with them the midfielders who have an advanced defensive line and love to play. In the opposite stadium. “

Added to this they “print a strong, intense rhythm, with a lot of velocity and verticality”, under the guidance of Jagoba Arrasate, “a great coach, who does things well”. Hence, it is considered crucial “that the mediators are alert, that the opponent’s second play is stopped, and with the ball, it appears in the spaces that have been exposed to harm them.”

Although he did not want to provide evidence to the contrary, Sergio Gonzalez has always been in favor of “not moving what works”, so everything indicates that in Pamplona he will maintain that 4-4-2, with Wissman and Guardiola as attacking references. , With little or no changes to the proposed scheme against Getafe.

Regarding the possibility of having an audience in the stadiums in the final stage of the league, the Catalan coach explained that “as a society, this means taking a step forward”, because it means that “everything is better”, but he considers that “the league must end as it began.”

See also  The World Upside Down, by Francesc Peron