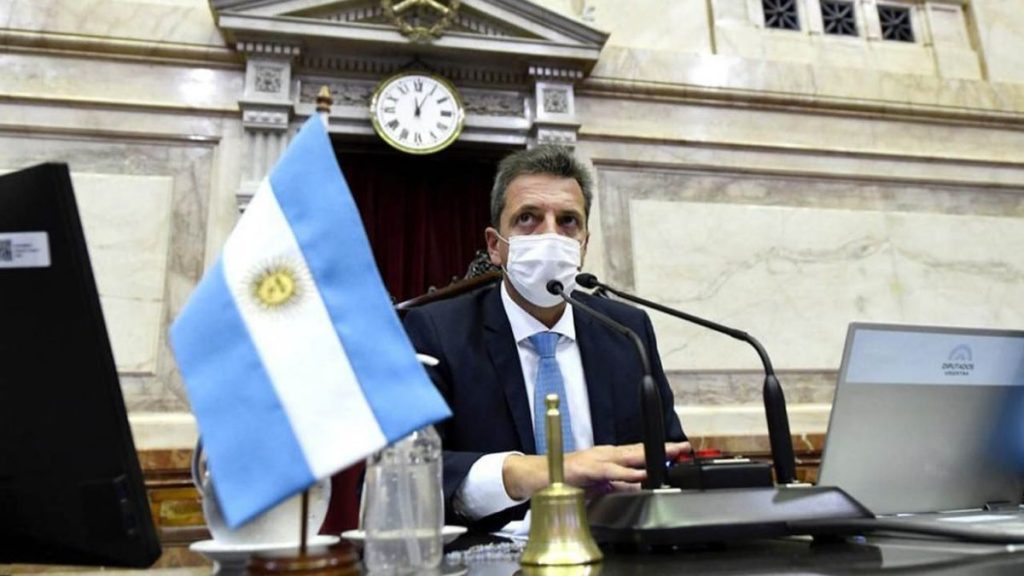 At the invitation of the G20 Presidency, the President of the Argentine Chamber of Deputies will be the keynote speaker in one of the Central Committees of the Summit entitled “Restarting Economic Growth in terms of Social and Environmental Sustainability”.

The two-day programme, to be held in Palazzo Madama where the Italian Senate operates, includes two additional sessions in which parliamentary authorities will discuss topics such as the search for answers to the social and employment crisis caused by the pandemic and food safety. In addition to Sergio Massa himself, each of the three sessions will feature invited specialists such as Qu Dongyu, Director-General of the Food and Agriculture Organization, Matthias Cormann, Secretary-General of the Organization for Economic Cooperation and Development, Luca Vicentini, Secretary-General of the European Trade Union Confederation, and Amina J. Deputy Secretary-General, among others.

At the end of the meeting, the parliamentary authorities of countries representing nearly 90% of global GDP and nearly two-thirds of the world’s population will sign a joint declaration to build international consensus on global problems: economic recovery, mass immunization, strengthening health systems, defending the most vulnerable and egalitarian social sectors Gender, food security, environment and country prosperity.

Massa’s agenda in Rome also includes working meetings with the Presidents of the Italian Congress, Roberto Fico (Representatives) and Maria Elisabetta Alberti Casellati (Senate), with the Speaker of the United Kingdom’s House of Representatives, Lindsey Hoyle, and with the Director-General of FAO. , QU Dongyu (China).

Sources close to the speaker of the Chamber of Deputies said that “Masa is publishing a robust strategy of parliamentary diplomacy that includes, in addition to smooth contacts with the United States and China, rapprochement with the European Parliament and the Central American Parliament.”

Those attending the event are also invited to participate in the pre-meeting of the United Nations Climate Change Conference 26 (COP-26) to be held parallel in Rome and co-organized by the Inter-Parliamentary Union (IPU).

The Inter-Parliamentary Union was created in 1889, with headquarters in Geneva, Switzerland. The organization aims to be a space for parliamentary dialogue around the world and seeks to work for peace and cooperation among peoples and the establishment of representative democracy.