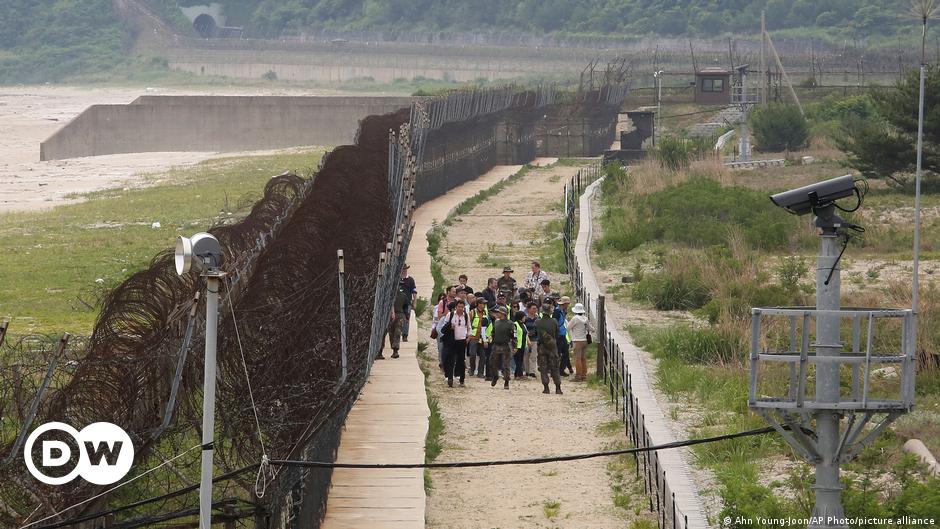 The South Korean military announced on Sunday (02.01.2022) that an unidentified person crossed the border into North Korea on Saturday via the military border separating the two countries.

A person was spotted crossing the Military Demarcation Line (CDM) toward North Korea on its eastern outskirts on Saturday evening, after being spotted by monitoring teams installed at the separator, Yonhap News Agency reported Sunday, citing the South Korean Joint Chiefs of Staff (Yonhap). JCS).

Troops initially detected movement within the Demilitarized Zone (DMZ), the four-kilometer-wide strip separating the two countries which is in turn divided in two by the Clean Development Mechanism.

Then they activated a deployment to attempt to capture this person without success, who ended up crossing the CDM.

At the moment, according to the South Korean military, the identity of the person is being investigated.

“We launched a mission to capture the person in the demilitarized zone. But due to geographical conditions, including mountainous terrain, we failed to try,” a South Korean military official said in a statement compiled by Yonhap, without revealing his identity.

Later records revealed that the person had crossed the fence to reach the DMZ during the afternoon, giving him a few hours’ margin to be discovered.

Following the incident, the South Korean authorities sent a message to the North Koreans via a military communications line.

Because of the pandemic, North Korea maintains tight control over the border and has issued orders to shoot anyone who approaches the border.

This incident comes after South Korea beefed up its border defense system with better monitoring equipment after several cases of people passing through the Clean Development Mechanism (CDM) and the Demilitarized Zone (DMZ).