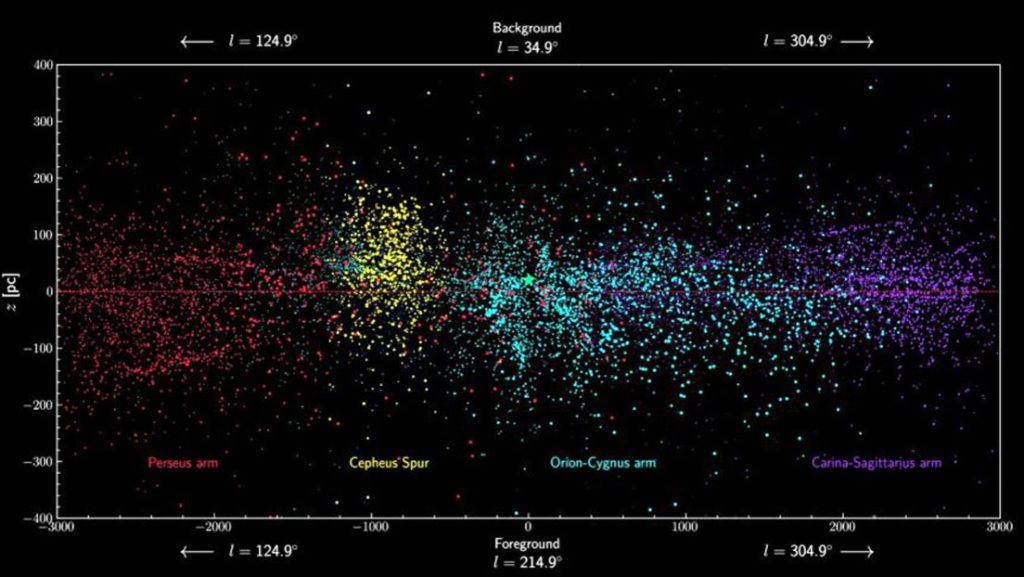 The new data gathered by the Gaia mission enabled scientists to map the most detailed to date of the spiral arms of our galaxy.

A group of researchers led by Dr. Center for Astrobiology Spain has discovered a new structure in the Milky Way, dubbed “Cepheus spur,” according to an EFE report.

The discovery was made thanks to the European Space Agency’s Gaia mission as part of a study to update the Alma Luminous Stars (ALS), the largest catalog of massive blue stars in our galaxy.

These stars have a short existence of up to a few million years and are attractive to science as an indicator that reveals the regions of star formation.

New data collected by Gaia’s mission Published In the Monthly Notices of the Royal Astronomical Society, scientists were able to draw the most detailed map yet of the spiral arms of the Milky Way.

“We carefully revised the original catalog, updated and organized it using recent Gaia data. And although that was the purpose of the study, the presence of such an updated sample of stars prompted us to look at the data to see what aspects of our galactic environment are most clearly evident. . And this is where the surprise aroseMichelangelo Pantaleoni González, a researcher at the Center for Astrobiology and lead author of the study, explains.

The discovered structure is a branch of the spiral arm in which our solar system is located (the Orion system), about 10,000 light-years long and extending towards the next arm (the Perseus arm), which rises above the plane of the planet. The galaxy.

See also  Perseid meteor shower 2022: When and how do you see it in Mexico?