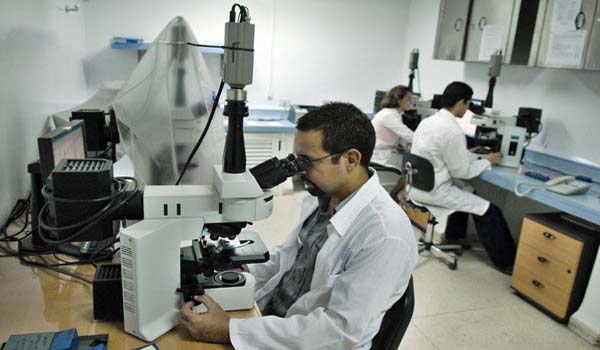 “It is not enough for young people to dream of the future, they must learn to enjoy building that future.” It is from this essence, expressed by renowned physician Gerardo Gillen Nieto, Director of Biomedical Research at the Center for Genetic Engineering and Biotechnology (CIGB), that many of the ideas and concepts that were expressed on Monday afternoon can be better understood and applied in the country, during a meeting of the President The Republic, Miguel Diaz-Canel Bermúdez, with members of the Cuban Academy of Sciences and associated youth.

A little over a month ago, in the first of these exchanges with this sector, the First Secretary of the Central Committee of the Communist Party asked them to organize it to deal with various issues related to the development of science that could be improved in Cuba. .

On this occasion, the analyzes focused on human resources and the preparation of young people, who were agreed in the meeting on the need to “motivate them more by the branches of science.”

On these motivations and the importance of continuing to look for ways to retain young professionals, once trained, Dr. Sci Orestes Llanes Santiago, Vice President for Research and Graduate Studies at CUJAE commented.

He considered that this is one of the main problems we face in human resource training. He said that what is important is that they join the development of the country, and it does not matter if we train doctors who do not go to work in a research center or university and we decide to go to a company or to a non-state. section.

He stressed that this is the natural way in which we will promote the development of scientific thinking in companies, it is not from training people in them directly, because in order to be a scientist you must have a profession.

During the meeting, Dr. Heidi Mendes, Director of Research at DATYS’ Center for Advanced Technology Applications (CENATAV), spoke about the contribution of research to a company in particular, where scientific work is a major challenge.

He noted that what we’re doing there is a good example, apart from BioCubFarma, which shows that it is possible to close the cycle of research, development, production and marketing. He stressed that “it is important to know that there are young people who want to do things and want to continue to contribute, even though scientific activity is not always understood in the business sector.”

Another topic widely analyzed on Monday was about academic cooperation abroad. In this sense, Dr. Karina García Martinez, affiliated with the Center for Molecular Immunology, explained what happens to many PhDs that are done abroad.

Sometimes we send students abroad for a PhD that has nothing to do with the projects here. We send them four years, to train on a project, and most of the time they don’t come back, because they’re doing their professional project, he said.

Hence his focus on the fact that when the Ph.D. is promoted abroad – which is very beneficial for the country – it is carried out in real scientific cooperation, with the projects that we develop in Cuba.

In the in-depth discussion – attended by Deputy Prime Ministers Ines Maria Chapman Wag and Jorge Luis Perdomo de Lilla, as well as the President of the Academy of Sciences, Luis Velázquez Perez – issues related to the need to strengthen vocational training among young people; The importance of carrying out agile scientific work so that it proceeds according to the pace of the times; And the need to introduce the school more into the community environment.

Many of the issues raised – acknowledged by the President of the Republic – show that the interdependence between the knowledge sector, the productive sector of goods and services, the public administration sector, and the regional development of science development is still limited. and innovation.

In this sense, he stressed the urgent need for the gradual development – from a system of government based on science and innovation – to a culture of understanding, both in public administration and in the productive sector of goods and services, as well as in regional administration. We face all the problems that we encounter from scientific research, and this innovation really becomes the solution to those problems.

I insist – he added – on the orientation that we should have in science and innovation towards regional development, so that the municipalities really know the potential of the knowledge sector there, and it is used in terms of better government administration.