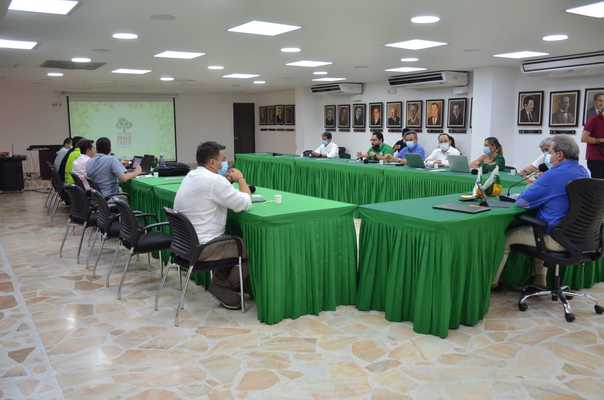 The 50th Session of the Council on Science, Technology and Innovation (CODECTI) was held, where progress was made in formulating the Regional Strategic Plan for Science and Technology.

Neva, December 9, 2021 Through the plan, the progress of which was announced today, a problem tree was drawn up in response to the needs of each of the actors. In building this plan, the government, universities and companies are a part of it, which seek, in a coordinated manner and with the support of the government of Huila, to provide a solution to the department’s needs in the field of science, technology and innovation.

Governor of Huila Luis Enrique Dussán López took the opportunity to congratulate the representatives for the responsible work carried out, “I want to congratulate all the representatives for this exercise, because they have been very important for a long time, and many of these projects have arisen from the productive chains, the tourism sectoral schedule, and the various meetings with Everyone involved, and the participation of the municipalities, it was a very wise act.”

The governor also highlighted the work being done on technology projects where most of the projects submitted, based on requests approved by CODECTI, have been made viable.

“The important thing today is that we are holding a working table with all the actors of the innovation system, science and technology of the Huila department, and here we are progressing in the formulation of our regional strategic plan for science and technology which will be the paper on these issues until 2032.” Explained Oscar Eduardo Trujillo Cuenca, Head of the Huila Office of Productivity and Competitiveness.

Next Tuesday, December 14th, comments will be received from the actors of today’s proposed science and technology plan to continue building this roadmap, and next year is expected to make the socialization of the work done to allocate a huila.

Number of visits to this page 11