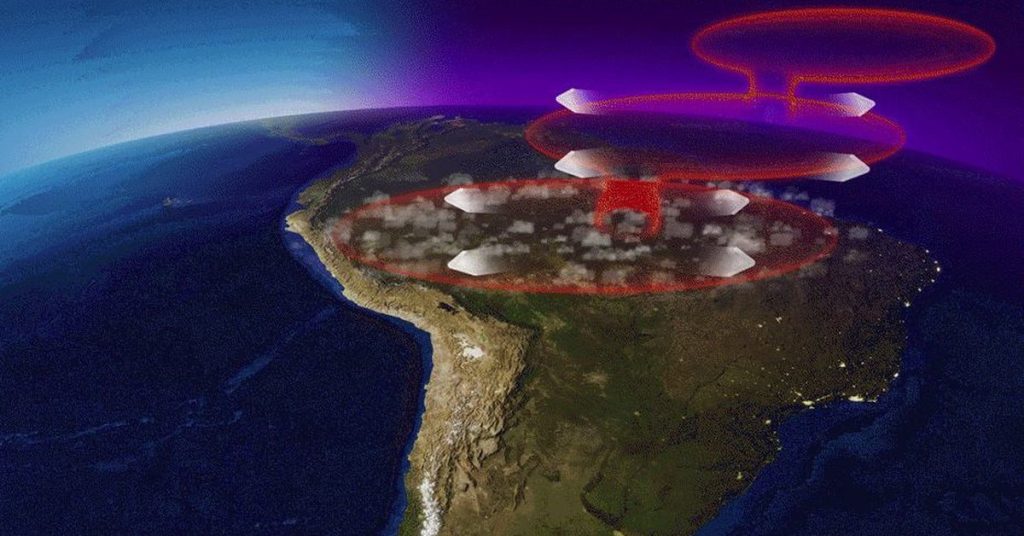 A NASA satellite has obtained the first direct measurements of Earth’s theoretical long dynamo at the edge of space, at an altitude of more than 90 kilometers.

The dynamo ripples in the ionosphere, the electrically charged boundary between Earth and space. They are driven by tidal winds in the upper atmosphere that are faster than most hurricanes and rise from the lower atmosphere, creating an electrical environment that can affect satellites and technology on Earth.

The new work, published in Nature Geoscience, improves our understanding of the ionosphere, helping scientists better predict space weather and protect our technology from its effects, according to NASA.

Launched in 2019, ICON (Ionospheric Connection Explorer) is tasked with revealing how Earth’s climate interacts with climate in space. Radio and GPS signals pass through the ionosphere, which is home to the aurora borealis and the International Space Station. Empty pockets or dense waves of electrically charged particles can disrupt these signals.

Scientists who study the atmosphere and space weather have long included Earth’s dynamo in their models because they knew it had important effects. But with so little information, they had to make some assumptions about how it would work. The ICON data is the first concrete observation of dynamo-driven winds, which ultimately influence space weather, to power these models.

“ICON’s first year in space showed that forecasting these winds is key to improving our ability to predict what happens in the ionosphere,” Thomas Emile, principal investigator for ICON at the University of California, Berkeley, said in a statement. The new study.

NASA has produced a data visualization (https://www.youtube.com/watch?v=pt9RCMZmMkc) showing the ICON spacecraft in Earth orbit. The green arrows show strong winds at high altitudes, known as atmospheric tides, detected by ICON’s MIGHTI wind imager. These winds are not uniform and can be altered by changes in the atmosphere at lower altitudes.

This, in turn, changes the motion of the particles at the top of the ionosphere. ICON also detected changes in plasma 600 km above the Earth’s surface, shown in red. Magnetic field lines appear purple and turn yellow as the wind measurements detected by MIGHTI (green arrows) affect the direction of the plasma (red arrows).