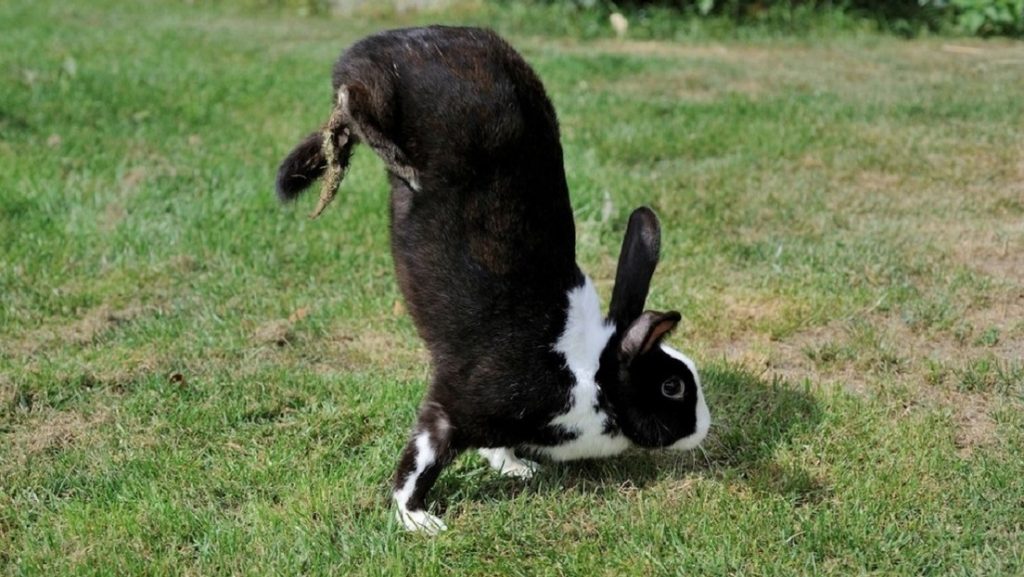 Known as the “Alfort players”, rabbits are known for walking straight on their front legs, with their best tightrope gait. Discovered in 1935, these rabbits have puzzled scientists for decades, and only in 2021 can they explain this behavior. Discovery can be beneficial even to humans.

Bunnies walk only supported on their front legs, in the best acrobatic style. The picture does not belong to the circus but to nature itself and only in 2021, after 85 years, can science explain it.

In fact, not all rabbits jump and run at high speeds with all four legs.

In 1935, French veterinarian Etienne Littard first described the behavior of these rabbits, which have since been known by the French name Sautour Dalfort, meaning Alfort players. Although documented, Leitard was unable to conclusively explain why the rabbits did this.

An explanation emerged in 2021. A group of researchers led by Miguel Carnero of the University of Porto, and Jennifer Villard of the University of Uppsala, were able to show that these rabbits’ gait is linked to a genetic defect that was discovered during an investigation.

The study, published March 25 in the journal PLOS Genetics and cited by Science News, attributes rabbit behavior to a mutation in a gene known as RORB. The result indicates that the mutation in rabbits causes them to “drastically drop” the RORB gene in the spinal cord.

One of the results of the study was that the presence of this gene is necessary for jumping movement, which is the usual way of walking rabbits based on small hops.

The researchers confirmed this in two experiments: the first with mice, which also began walking on their front legs after a genetic mutation occurred. Then with the rabbits themselves, the rabbits crossed with a genetic defect with others without this condition. By analyzing their young, they found that the mutation had not been found in rabbits that were able to jump.

Lev Anderson, one of the Swedish geneticists involved in the study, explained to Science News that the RORB gene mutation can affect internal nerve cells located in the spinal cord, helping the body coordinate the left and right parts of the body. Rabbits lack RORB proteins in their internal nerves, and they will likely not be able to coordinate what their hind legs are doing, thus losing the ability to jump.

The results of the study are not only conclusive for understanding these particular rabbits, but according to the scientists, they could contribute elements to understanding how all animals, including humans, move that require coordination of their limbs for running.