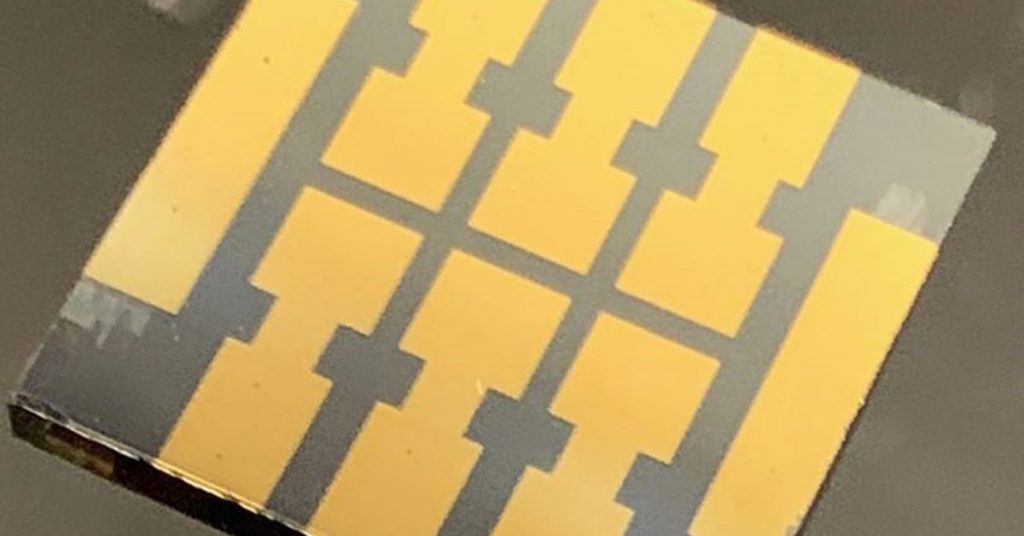 The long-term reliability of perovskite solar cells, an emerging clean energy technology, has taken a step forward with a study from Brown University.

Work published in Science shows a “molecular glue” that prevents the main intracellular interface from degradation. The treatment significantly increases the stability and reliability of the cells over time, while improving the efficiency in converting sunlight into electricity.

“There have been major strides in increasing the energy conversion efficiency of perovskite solar cells,” said Nitin Baddtor, a professor of engineering at Brown University and lead author of the new research, in a statement. “But the last hurdle that must be overcome before the technology becomes widely available is reliability – making the cells that maintain their performance over time. This is one of the things my research group is working on. We are happy to report some important progress.”

Perovskites are a class of substances with a specific crystalline atomic structure. A little over a decade ago, researchers showed perovskites very good at absorbing light, sparking a flood of new research into perovskite solar cells.

The efficiency of these cells has increased rapidly and are now competing with conventional silicon cells. The difference is that perovskite light absorbers can be manufactured at roughly room temperature, while silicon must be grown from melting at a temperature close to 2,700 degrees Fahrenheit. And perovskite films are about 400 times thinner than silicon wafers. The relative ease of manufacturing processes and the use of fewer materials means that perovskite cells can be manufactured at a fraction of the cost of silicon cells.

Padture says that while efficiency improvements in perovskites have been remarkable, making cells more stable and reliable remains a challenge. Part of the problem has to do with the layers needed to make the cell function. Each cell contains five or more different layers, each performing a different function in the electricity generation process.

Since these layers are made of different materials, they respond differently to external forces. In addition, temperature changes that occur during the manufacturing process and during service can cause some layers to expand or contract more than others. This creates mechanical stresses in the layer interfaces that can cause the layers to loosen. If the interfaces are breached, the cell performance is reduced.

The weakest of these interfaces are those between the perovskite film used to absorb light and the electron transport layer, which keeps current flowing through the cell.

“The chain is as strong as its weakest link, and we define this interface as the weakest part of the entire group, where it is most likely to fail,” said Baddor, who heads Brown’s Institute for Molecular and Nanoscale Innovation. “If we can consolidate that, we can start making real improvements in reliability.”

To do this, Padture drew on his experience as a materials scientist, developing advanced ceramic coatings for use in aircraft engines and other high-performance applications. He and his colleagues began experimenting with compounds known as self-assembling monolayers, or SAMs.

They found that the combination of SAM with the silicon atom on one side and the iodine atom on the other side could form strong bonds with both the selected transport layer (which is usually made of tin oxide) and the perovskite light absorbent layer. The team hopes that the bonds these molecules form can strengthen the multilayer interface. And they were right.

See also  Gerardo Martino boos the Aztecs as they shout at him: "Tata is out!"

“When we introduced SAM systems to the interface, we found that they increase the breaking strength of the interface by about 50%, which means that cracks that form in the interface tend not to spread too far,” Padture said. “So, in fact, the SAM has become a kind of molecular glue that holds the two layers together.”

Solar cell function tests showed that SAM systems significantly increased the functionality of perovskite cells. Cells without SAM prepared for the study retained 80% of their initial efficacy within approximately 700 hours of laboratory tests. Meanwhile, the SAM cells were still going strong after 1,330 hours of testing. Based on these experiments, the researchers expect that the efficiency life maintained at 80% will be approximately 4000 hours.