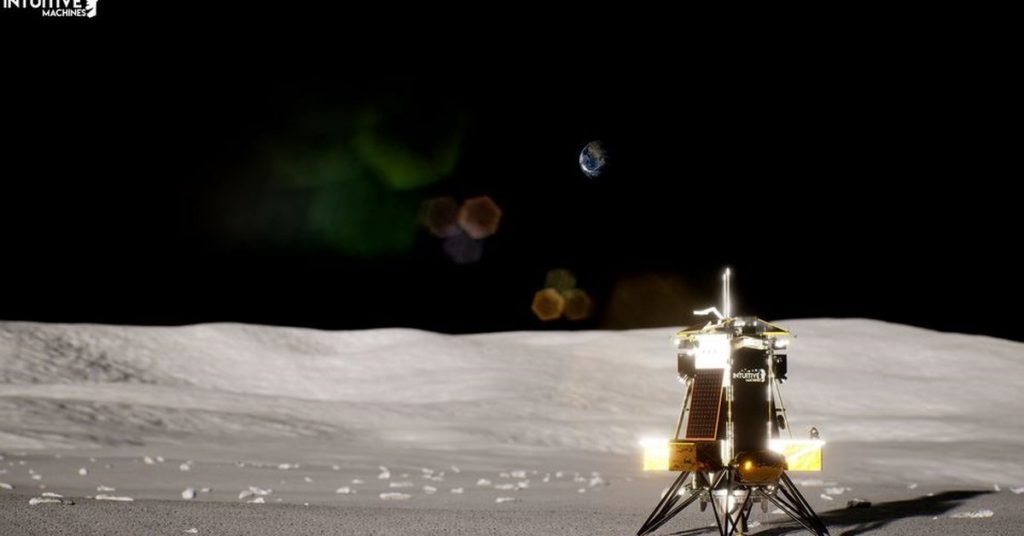 11-19-2021 Illustration of the Intuitive Nova-C lander for the IM-3 mission carrying four probes from NASA to Reiner Gamma. Intuitive research and technology policy

NASA has awarded Intuitive Machines a contract to land a science and technology demonstration mission at the lunar vortex Reiner Gama in 2024.

Reiner Gamma is one of the moon’s most distinctive and mysterious natural features, located on the moon’s western edge, as seen from Earth. Scientists continue to learn what lunar vortices are, how they form, and their relationship to the moon’s magnetic field, NASA reports.

Intuitive Machines will receive $77.5 million for the contract, and is responsible for comprehensive delivery services, including payload integration, Earth-to-lunar delivery, and payload operations.

The mass of the four probes that Intuitive Machines will supply to Reiner Gamma is expected to be approximately 92 kilograms.

The first probe is the Lunar Vertex, a combination of payloads from the stationary lander and rover that will make detailed measurements of the magnetic field, plasma environment, and regolith properties. Data from the probe and rover will augment the observations collected in orbit. Taken together, the observations will help show how these mysterious lunar vortices form and develop, and how they connect with local magnetic fields in the same regions.

The mission’s second probe is called CADRE (Collaborative Distributed Autonomous Robotic Exploration), which consists of mobile robots programmed to work as an independent team to explore the lunar surface, collecting data and mapping different regions of the moon in 3D.

Third, the laser light reflector, which reflects laser beams sent from Earth directly from the Moon to receivers on Earth. This allows a very accurate measurement of the distances between the inverter and the ground station. This technique can be used to investigate the relativity and gravitational dynamics of the Earth-Moon system and the lunar deep interior.

Finally, the mission includes the LUSEM (Lunar Space Environment Monitor) probe, which uses a pair of apertures to detect high-energy particles on the lunar surface.

LUSEM will monitor differences in the near-surface space environment when the Moon is in and out of the Earth’s magnetic tail, the extreme end of the magnetic fields surrounding our planet, which can act as a buffer for incoming radiation.