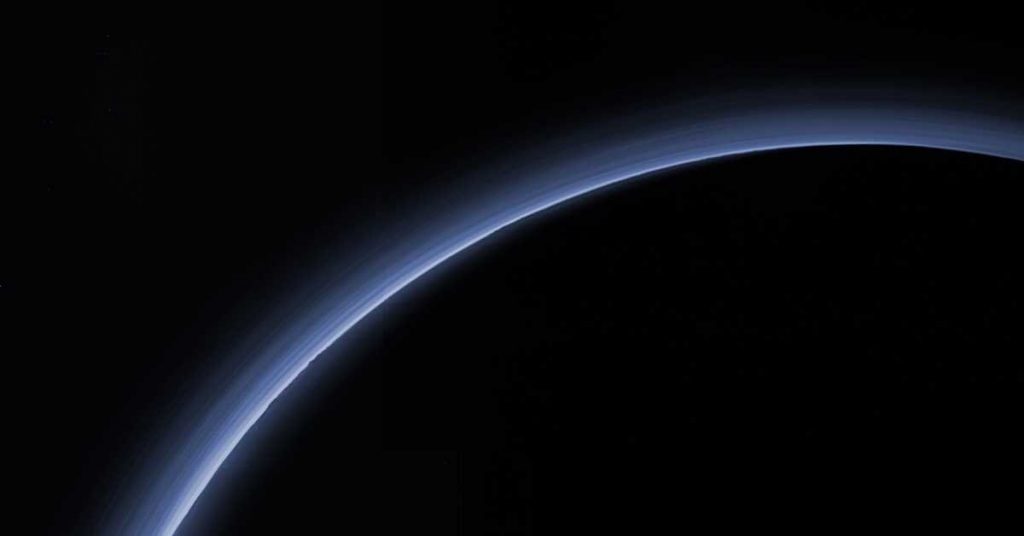 As it moved away from the Sun, Pluto’s atmosphere began to “freeze” on its surface, which at the same time caused the density of the atmosphere to decrease.

When Pluto passed a star on the night of August 15, 2018, a team of astronomers led by the Southwest Research Institute (SwRI) deployed telescopes to several locations in the United States and Mexico to observe Pluto’s atmosphere. While it was briefly illuminated by the exact location of the star. Scientists used this unseen event to measure the overall abundance of Pluto’s thin atmosphere and found compelling evidence that it was beginning to fade, freezing again on its surface as it fades away from the sun.

“Scientists have used obscurity to observe changes in Pluto’s atmosphere since 1988,” Dr. Eliot Young, senior program director in SwRI’s Department of Space Science and Engineering, said in a statement. “The New Horizons mission got an excellent density profile from its 2015 flyby, consistent with the large amount of Pluto’s atmosphere doubling every decade, but our 2018 observations do not show a continuation of this trend since 2015.”

Several telescopes scattered near the middle of the shadow’s path have observed a phenomenon called “central flare”, which is caused by the refraction of light from Pluto’s atmosphere into a region located at the center of the shadow. When measuring occultation around an object with an atmosphere, the light dims as it passes through the atmosphere and then gradually returns. This results in a moderate steepness at each end of the U-shaped light curve. In 2018, the refraction of Pluto’s atmosphere caused a central glow near the center of its shadow, turning it into a W-shaped curve.

“The central flash seen in 2018 was the strongest anyone has ever seen in Pluto’s cloud,” Young said. “The central flare gives us a very accurate knowledge of the path of Pluto’s shadows on Earth.”

Like Earth, Pluto’s atmosphere is mostly nitrogen. Unlike Earth, Pluto’s atmosphere is powered by surface ice vapor pressure, which means that small changes in surface ice temperatures will lead to large changes in the bulk density of the atmosphere. It takes Pluto 248 Earth years to complete a full orbit around the Sun, and the distance varies from its closest point, about 30 AU from the Sun (1 AU is the distance from the Earth to the Sun), to 50 AU from the Sun.

Over the past quarter century, Pluto has been receiving less sunlight as it moves away from the Sun, but as of 2018, its surface pressure and atmospheric density continued to increase. Scientists attributed this to a phenomenon known as thermal inertia.

“An analogy to this is the way the sun warms the sand on the beach,” said SwRI scientist Dr. Leslie Young, who specializes in modeling the interaction between the surfaces and atmospheres of icy bodies in the outer solar system. “Sunlight is strongest at noon, but the sand continues to absorb heat throughout the afternoon, making it even hotter in the late afternoon. The persistence of Pluto’s atmosphere indicates that icy nitrogen deposits on Pluto’s surface were kept warm by heat stored beneath The surface of Pluto. The surface. The new data indicate that it is starting to cool.”

The largest known reservoir of nitrogen is Sputnik Planitia, a shiny glacier that forms the heart-shaped western lobe of the Tombaugh Regio. The data will help atmospheric designers improve their understanding of Pluto’s subsurface layers, particularly regarding compositions consistent with the observed heat transfer limits.

Elliott Young presented the findings on October 4 at the 53rd annual meeting of the Division of Planetary Sciences of the American Astronomical Society.