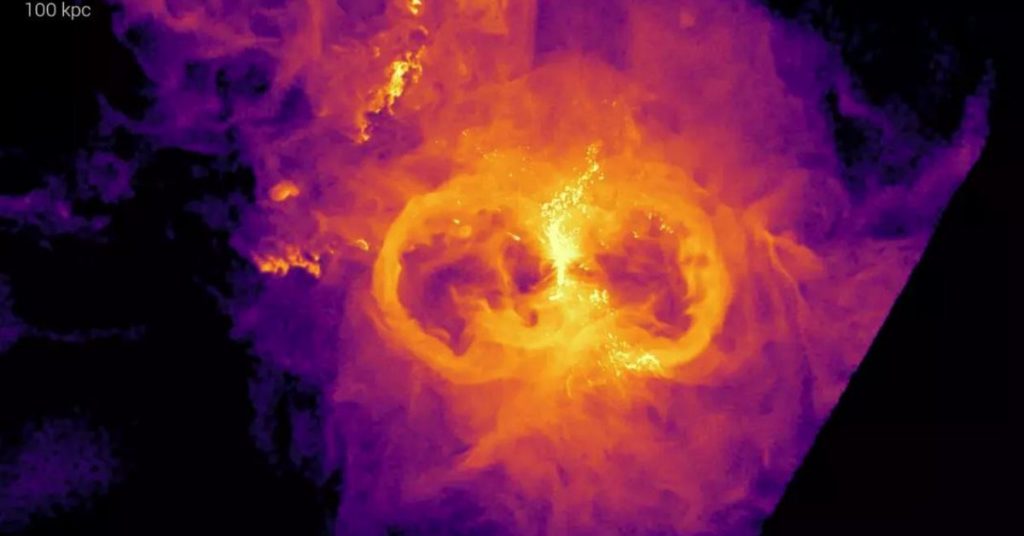 At galactic scales, the role of supermassive black holes in star formation was previously seen as destructive: Active black holes can strip galaxies of the gas that galaxies need to form new stars.

The new findings, published in the journal Nature, show situations in which active black holes can instead “pave the way” for galaxies orbiting within groups or clusters of galaxies, preventing those galaxies from forming their stars. gas around them.

Active black holes are believed to have a devastating effect on their environment. When they dump energy into their host galaxy, they heat up and push gas out of that galaxy, making it difficult for the galaxy to produce new stars.

But now, researchers at the Max Planck Institute for Astronomy have found that the same activity can actually help form stars, at least for satellite galaxies orbiting the host galaxy.