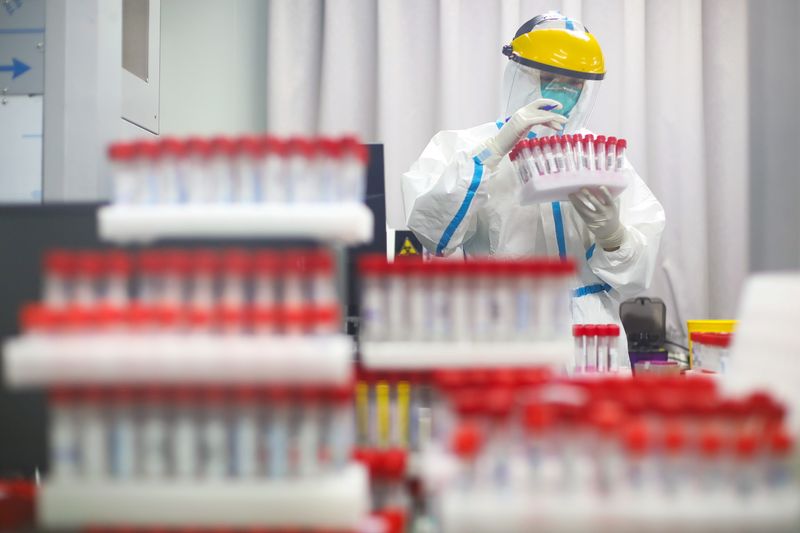 In compliance with the provisions of the new Law 27.614 on the financing of the National Science, Technology and Innovation System (adopted on February 24), which establishes a gradual and sustainable increase in the national budget for the science-technical function, in 2022 organizations in this region will see their budget increase: they will move from receiving 0.28% of the output GDP to 0.31%. In absolute terms, 187.944 million pesos for the group of entities that make up the National Science and Technology System. Making the comparison to the fixed peso 2022, which is still lower, but close to the 2015 amount.

The important thing is to abide by the provisions of the law. Another positive aspect is that, being a scheduled and programmed thing, it allows you to make plans; For example, how new researchers will be incorporated and for what institutions. If it is maintained, it will not be necessary to implement the solutions to this –It highlights physicist and former dean of UBA’s School of Exact and Natural Sciences, Jorge Aliaga, who each year analyzes in detail the funds earmarked for the area. The ‘Science and Technology Function’, which includes more than strictly the Ministry of Science (Mincyt, which includes in its orbit the Cone, the National Genetic Data Bank, the National Agency for the Promotion of Research, Technological Development and Innovation R + D + I and the National Commission on Space Activities, as well as the Foundation for Manuel Sadowsky and the Argentine Nanotechnology Foundation), has a significant increase in terms of the 2019 and 2020 budgets.”

As introduced in this exercise, the scientist indicates that the agency R+D+I (body 173) appears with its own budget and the National Weather Service (body 452) is moving to “science and technology”, which was previously assigned to the “transport” function.

To make comparisons between the budgets of different years, Aliaga converted them into pesos for 2022 using the same indicators with which the national budget was prepared. Thus, the most notable increase is that allocated to the Ministry of Science and Technology, amounting to 23.479 million pesos compared to 10,514 in 2021 and 3,405 in 2019. “On the estimated GDP for 2022, the percentage increases as required by law and this amount is allocated to Mincyt Because the rule states in its regulations that the one responsible for implementing the enhancement is the science portfolio. It remains to be seen how the distribution will be implemented, because perhaps part of the funds originally allocated for this distribution will later be used for other agencies.”

“Although with regard to the 2019 budget, the 2022 budget is an important recovery of the science and technology function, the deterioration with respect to 2015 is still notable, mainly due to the 30% salary loss in the entire national public administration between 2016 And 2019 – notes Aliaga. And he immediately adds -: “I think there is a paradigm shift that is not simple: somehow in the pre-2015 administration, the only one who grew was Conicet and Minister Barañao did not care what was happening in Conea, INTA and INTI, because they were not part of his ministry. Thus, all the pressure of young people was directed to obtain positions in Conicet. It is not right that this is the only option. It is more reasonable for them to join other organizations when needed. Now, a drafting program has been launched with other ministries so that a thousand new researchers will join it. In other words, 800 joined the cone, in addition, another thousand entered in different places. It seems to me that this is the most interesting change that the law offers: to think about living things that have been expressed, but not necessarily dependent on Mincyt.”

The Science and Technology Financing Act determines the amount and distribution of public funds, but the scientific and technological development of a country also requires private investment. In 2020, nearly 80% were type 1 and only 20% were type 2, which is far from desirable. Will an increase in public investment be accompanied by a corresponding increase in private investment? “There is no direct relationship between the two,” says Fernando Pierano, president of I+D+I Agency. It is not possible to prove that an additional 1,000 million of public investment will stimulate private investment by X million. But after a certain threshold of public investment in research and development is crossed, the private sector is revitalized and gains prominence. The most widely accepted interpretation is that the particular interpretation is the “last mile”, the interpretation that runs through the latter part of the developments. With the new law, we can begin to configure such a scenario. 1% of GDP for investment in public research and development is a perfectly acceptable reference so that this dynamic is revitalized.”

According to Pierano, the leading agency (which advocates the presentation of projects and the distribution of research grants), is in the process of restoring its portfolio. “Today we got 13,000 million pesos to be applied at the rate demanded by entrepreneurs,” he explained. We have 8,000 active projects and more than half of them were evaluated and awarded in 2020 and 2021. Of these, 5,500 are science projects, with 30,000 researchers and fellows participating. The pool of PICT scholarships awarded in 2021 was the largest in the entire series since 2008. Today we have over 40 per 1,000 corresponding researchers. 21 at the time of the creation of Mincyt. We have more than 1,500 innovative SMEs.”

Peirano acknowledges that the average amount of PICT support is very low. “In 2021 it went up compared to 2020 and in 2019 there were no awards. It is also true that we raised scholarships a lot on focused topics. We are analyzing a proposal to link PICT support to the development of increased money for the law in order to solve inflation erosion. We will have News soon.”

With regard to international credits, it is expected that the President will soon sign a contract with the Islamic Development Bank allowing the inflow of $230 million. Yesterday we received $8.5 million from the Central American Bank for Economic Integration (CABEI). It concludes that we are rebuilding the portfolio and funding sources.

(Data analysis and graphics from jorgeluisaliaga)