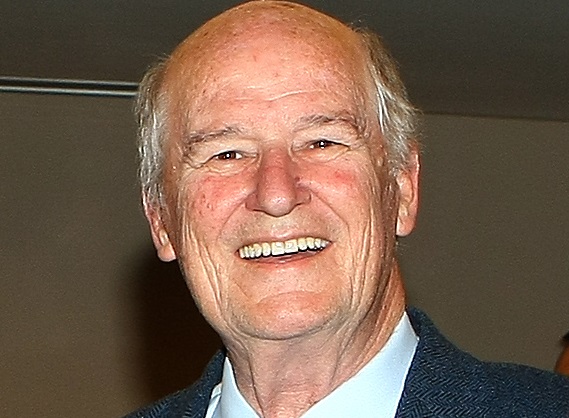 Antonio Garcia Garcia. Doctor, Professor Emeritus of the Autonomous University of Madrid and President of the Teofilo Hernando Foundation.
When there were five days before the start of the nineteenth edition of the International School of Pharmacology “Teófilo Hernando”, which was to be held in the week of July 26-30, 2021 at the Palacio de la Magdalena in Santander, the summer headquarters of the International University of Menéndez Pelayo (UIMP) The President of the University, Professor María Luz Morán Calvo-Sotelo, has informed me of the abolition of this school. The argument he used for taking such drastic action was the teachers’ gender imbalance
Who had engaged a few months ago to participate in the school nine men
and a woman from the United States, Spain, the United Kingdom and Ireland. with only one
A week ago, the president of the university was asking me to change some male scholars
Work at the forefront of neuroscience and its neurological diseases
Marks are equal. I also told you that in such a short period of time it was like that
It is impossible to make these changes, this in future editions of the school I will do
Advance in the world of balance A man’s world a woman, the president of the university took my refusal
As an excuse to cancel the school.

To get an idea of ​​the damage to the school, its teachers, its students, Spanish sciences, sciences in general, and the issue of women, it is necessary to put the origin and development of this school in context. In 1995, the newly appointed Rector of UIMP, Professor José Luis García Delgado, invited me to establish a School of Pharmacology at UIMP which would run for consecutive summers. Mayor with the name Don Teófilo Hernando, it advanced Spanish academic and scientific pharmacology in the first third of the twentieth century. In its first edition, held in July 1996, with a general subject of pharmacology, teachers from inside and outside Spain have already participated and 80 students enrolled in it.

Just a week ago, the chancellor asked me to replace some of the male scientists working at the forefront of neuroscience and neurology with scientists of the same stature.

In successive editions, with my collaborator and friend Professor Louis Gandia, currently Professor of Pharmacology in Medicine at UAM, we have made efforts to internationalize the school, invite professors who have done well in science at the frontiers of knowledge, and focus on research and development in medicine and the discovery of pharmacological targets to develop new treatments. To treat human diseases. In recent years, the subject of the school has focused on neuroscience and diseases of the nervous system, and it has been taught in English, with teachers (about 10 per edition) and students (30-40 per edition) inside and
outside Spain. The original aspect of the school’s program was participation
of everyone, teachers and students, during the week that lasts: in the morning the teachers give their lectures, which are followed by long and intense lectures
seminars with a very active participation of students; In the afternoon, the students themselves presented their PhD or post-doctoral thesis, which was followed by questions from professors and students.

See also  The United States does not consider it "sustainable" for Poland to transfer its combat aircraft to it | world | Dr..

This atmosphere of “high scientific and academic effort” was supplemented by two activities that honored and recalled the initial humanistic and scientific approach that its creators presented to UIMP: poetry reading after exhibitions and a dinner for teachers and students we organized. At La Gaviota restaurant in Santander fishing port. Both activities are not trivial, as they contributed to the humanistic training of students and the interaction between students and teachers. Two stories illustrate the school environment.

In 1995, the newly appointed Rector of UIMP, Professor José Luis García Delgado, invited me to establish a School of Pharmacology at UIMP which would run for consecutive summers.

One of them relates to the participation of Professor Paul Shoemaker, who came from Northwestern University in Chicago and spent his fourteenth school week with us, which we celebrated in July 2015. Paul attended all the morning lectures given by famous neuroscientists and most remarkable was that he was also present at afternoon sessions, the protagonists of which were young students presenting doctoral or post-doctoral work. This is not the position of many scholars who, as speakers at courses and conferences, are invited, arrive, give their speech, and leave. Paul asked the speakers many questions, spoke enthusiastically with the students in the dining room and cafeteria, and admitted that such a closeness between teacher and student was unimaginable in his university.

At the last dinner of teachers and students that we celebrated in La Gaviota restaurant, we shared a table with him, two students from Salamanca Pharmacy and Caplotense, Cristina Serrano and Laura Vallejo, two other medical students from the Autonomous University of Madrid, Santiago García Martín, Manuela García Ferrer and myself. Between squid, squid, clams, bonito, and grilled sardines mixed with sangria and beer, Paul talked about the city of Chicago, the environment of the Great Lakes and of course oxidative stress and Parkinson’s disease. Students asked and offered their opinions about the Spanish and American university environments.

Over the years, students and professors of the Teófilo Hernando School of Pharmacology at UIMP know that in her pharmaceutical scientific background, there is a poetic dialect that must be refined. It is the spirit of UIMP created by writers and poets. In this environment, after a week of listening to students and teachers recite poems in their mother tongue, Paul Shoemaker was encouraged to construct his own poem, which he dedicated to the students and read at the end of his lecture. He recounted in him the deep impression that the fact that he lived the fourteenth version of the school caused him severely. Explain in the poem a message to the young students: “When you pursue your career goals in the future, be you Science, medicine, pharmacy or other professions, adhere to the truth, knowledge and passion. Enjoy what you are doing, keep your human spirit and when you are Wrong, admit it.

The second story relates to the closing ceremony of the eighth edition of the school in 2008, which was exciting. Five poetry books were given to the five students who recited the poems better over the course of the week. But by far the best was Elena Blanes-Perillo, a medical student at UAM who later majored in psychiatry. During the week he recited poem No. 20 of “Twenty Love Poems” by Pablo Neruda. He announced it with such tenderness and sensitivity that move students and teachers. For this reason, when I gave him this little book, I asked him to shout again: “I can write the saddest lines tonight. / Write for example: “The night is full of stars / And the stars in the distance are trembling blue.” It was Professor Virginia Makera, who was then Vice-Chancellor of UIMP, deeply moved by Elena’s sweetness and the fact that poetic discourse had been introduced into a science course, I told him we were in UIMP.

I don’t know if the current president of UIMP, Professor María Luz Morán Calvo-Sotelo, is Knows what is the spirit of UIMP, defined by its founders

To understand the enormous impact that UIMP has had on the Spanish cultural, scientific and university landscape, it is pertinent to go back to its origins. On August 23, 1932, Fernando de los Ríos, Minister of Public Education and Fine Arts, signed the founding decree of the International Summer University of Santander. On January 30, 1933, the Magdalena Palace was formally handed over to the Board of Trustees of the completely new university, of which Ramón Méndez-Pedal (1933) and Blas Cabrera (1934-1936) had been rectors in their first career. And as Secretary General of Pedro Salinas. The writer, physicist and poet will trace the path that UIMP will follow, combining science and culture and trying to restore the coexistence that was for both in the Renaissance. This is proved to be the case by the fact that in those years dozens of teachers such as Unamuno, Hernando, Marañón, Zuberi, Ortega, Warburg, Schrödinger, Palacios, Jiménez Diaz, Lafora, Cabrera, Camon, von Marwa, Magdalena Euler, Barger or Menéndez Pidal or Américo Castro. It is curious that at that time the courses lasted all summer so that the teachers and the best 350 selected students of Spanish universities lived together in an informal atmosphere easy to calm analysis of the topics, and which favored the intellectual maturity of young students, stimulated the development of a critical and liberal attitude, openness and tolerance towards the ideas of others.

To celebrate its seventy-fifth anniversary, the International Federation of the Red Cross has published the book “The International Summer University of Santander, in Six Personal Testimonies (1932-1936)”. In the introduction, the rector of the university, Professor Salvador Ordonez, highlighted the originality of the book, written by six students from the period 1932-1936, who later excelled in their profession: Emilio Gómez Urbana, José Botilla Lucia, Julien Marias, Manuel Merdan Manero, Carmen Castro and Fernando Chueca Goetía. . Bottle admitted it “Those years were decisive in the formation of my thought.”. For his part, Julian Marias mentions UIMP as follows: “There was a friendly and cheerful atmosphere between the students and the teachers… Rarely have I seen a coexistence of more spontaneity, stimulus, intelligence, fun and kindness. I cannot say how much it has enriched me mentally and humanly”. Chueka emphasized the atmosphere conducive to quiet gathering and friendly conversation between students and teachers. It is this environment in which the humanities and sciences are combined, reminiscent of the Renaissance, that can define the spirit of UIMP; Thus, the student imbued with this spirit will obtain a comprehensive university education.

I don’t know if the current president of UIMP, Professor María Luz Morán Calvo-Sotelo, knows what the ethos of UIMP is, defined by its founders. What seems certain is that he was completely unaware of the 25-year history of UIMP’s “Teófilo Hernando” School of Pharmacology, which has nurtured, empowered and transmitted this spirit to more than 500 undergraduate, graduate and post-doctoral students, in the extraordinary environment of Interaction between teacher and student. With the abolition of this school, I have broken this path without, at all, this arbitrary decision conducive to gender parity in the Spanish and world sciences. Moreover, his decision is clearly inconsistent with the issue of women, as many representatives of institutions and scholars of both sexes, from within and outside Spain, to whom I informed of the abolition of the school admitted to me. By the way, my doctoral thesis was directed to 35 women who today occupy positions of responsibility in universities and pharmaceutical companies inside and outside Spain.