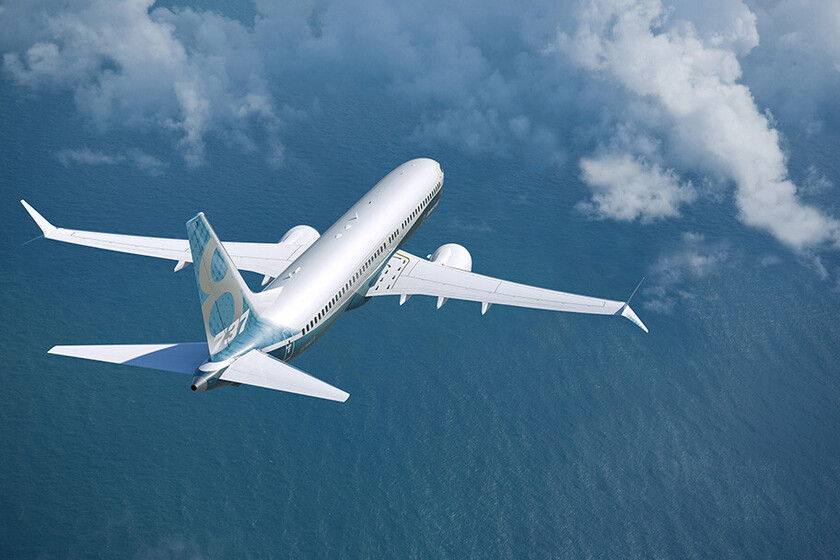 The Boeing 737 Max aircraft got permission to fly again in November 2020 after all the troubles and two fatal accidents it had suffered. However, it will now be well guarded in the air. United States FAA You will be watching in real time In flight thanks to satellite technology.

It would not be possible to track Boeing 737 MAX aircraft in real time without ADS-B technology. This system used in aviation permits tLive and satellite broadcast of the aircraft’s location Who equips it. Thus, the aircraft is in constant contact with the management system on the ground and can at the same time communicate its location and condition and receive the location of others around it or meteorological information.

Since all aircraft started Operating on US soil is required to obtain the ADS-B systemBoeing 737 Max comes equipped with it. As shown by Reuters, with this technology, the Federal Aviation Administration monitors every flight the aircraft makes, and verifies the performance of the global fleet as the aircraft returns to service.

Aireon uses a total 66 low-latency satellites in low Earth orbit. These satellites receive data from aircraft regardless of where they are in the world. The information is transmitted from the satellite directly to the Aireon base, which processes the data and sends it to the FAA management platform.

The advantage of using this type of system is that it is permitted Know ahead of time when a serious problem might occur. Continuous flight monitoring enables knowledge of aircraft performance and detection of potential anomalies to solve problems in a timely manner. Likewise, it makes it virtually impossible to lose a plane again in the middle of the ocean.

In the near future, at least for Aireon, all aircraft will be equipped with an ADS-B system that allows you to monitor them in real time. Global network Replacing the existing radar system Not very effective in covering the whole world. Currently, the airlines cover the North Atlantic in cooperation with air traffic controllers from the United States, Canada and the United Kingdom.