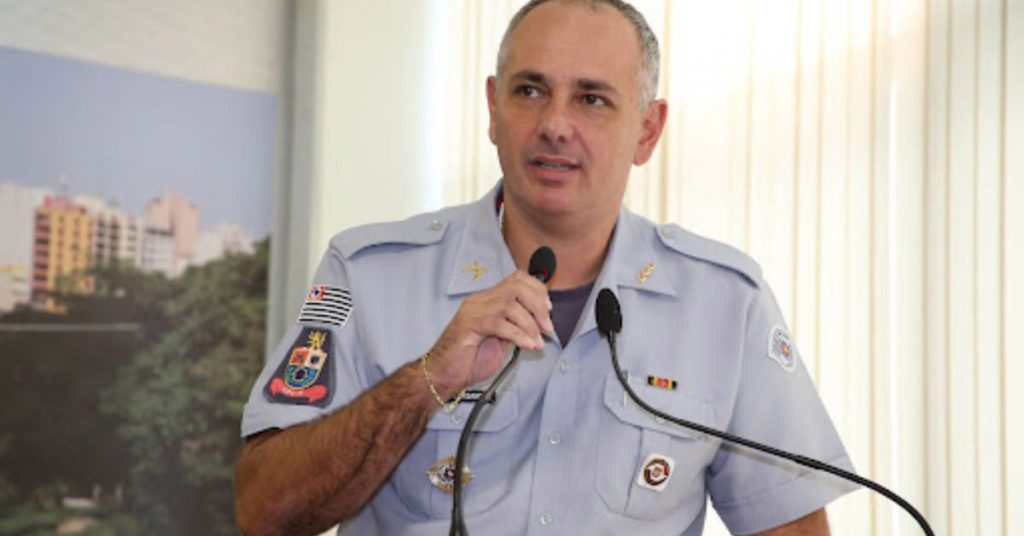 Governor of the Brazilian state of Sao Paulo, Joao DoriaOn Monday, a high command of the Military Police was shot Who publicly supported a rally in favor of President Jair Bolsonaro and against the Supreme Court of Brazil. In addition, he attacked politicians opposed to the president.

dismissal of the colonel Alexandre Lacerda, who commanded a regional force in São Paulo with about 5,000 men under his command, highlights the broad support that Bolsonaro, a retired army captain, enjoys among Brazil’s military police of about 500,000.

If the country’s military police support their claims, it will represent a big danger for democracy in Latin America’s largest country, according to experts. Active-duty military police are prohibited from holding political demonstrations.

He also criticized his last boss, the governor of São Paulo, Joao Doriaand attacked senior lawmakers as “cowards” and “gangsters”.

Periodically, while praising the State Military PoliceLacerda’s dismissal was announced at a press conference on Monday.

Doria announced that the officer “was dismissed this morning from his duties in the military police due to lack of discipline.” “Here in the state of São Paulo, we will not have political demonstrations by active-duty military police officers.”

The state military police said in a statement that the Liserda case It will be reviewed by your internal affairs department.

Lacerda, who leads a contingent of 5,000 men distributed in 78 cities in the interior of the richest and most populous state in Brazil, He was called to give a statement after it was published, prohibited by the laws of the institution.

Critics argue that the head of state is trying to Gather their support ahead of next year’s highly controversial presidential election.

Bolsonaro, who is walking behind the former leftist president Luis Inacio Lula da Silva In most surveys, She questioned the electoral process and attacked the electoral authorities, raising fears that they would not accept defeat.

The Brazilian far-right leader, without evidence, raised Suspected electronic voting fraud adopted by Brazil in 1996 He demanded the incorporation of a mixed system that includes voting on the ballot paper.

The president’s fierce campaign against e-voting He was inundated with false information, which prompted the Electoral Court and the Supreme Court to include in investigations the publication on social networks of “lies” that would “undermine democracy”.

Bolsonaro is already under investigation for alleged counterfeiting of antiviral vaccines and other irregularities, which plunged the country into a serious institutional struggle, against which even businessmen and banks actually demonstrated, denouncing the “threats” of the extreme right to democracy.

Last week, the Attorney General of Brazil, Augusto Arrasreported that open preliminary investigation against Bolsonaro To find out if there are irregularities in the President’s statements regarding electronic ballot boxes, during a live program.

At the end of July, during one of the weekly statements broadcast live on social networks, Bolsonaro raised doubts about the electronic voting system used in the country, who accused him ofcon manWithout providing any evidence.

The decision responds to two calls by ARAS to take action on the matter, by a judge of the High Court of Justice, Carmen LuciaAfter a complaint submitted by a group of parliamentarians to the Supreme Court.

(With information from Reuters and EFE)

Brazil’s attorney general has opened an investigation against Jair Bolsonaro for his attacks on the electoral system
Brazil surpasses 574,000 deaths from COVID-19 as delta variable progresses
Scandal in Brazil: A man was vaccinated five times against Covid-19