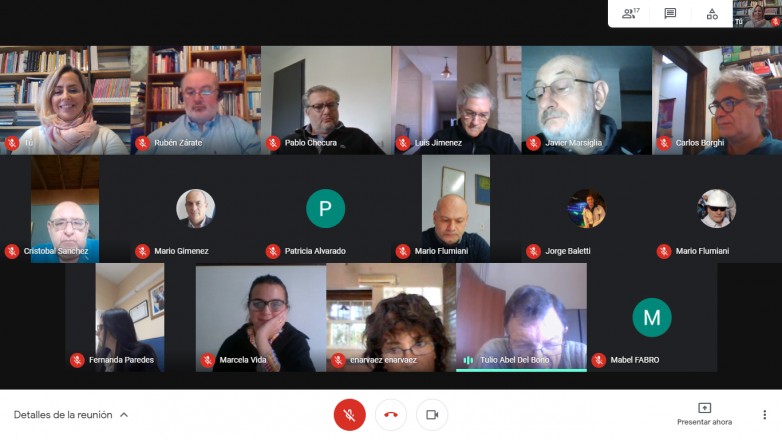 The Science, Technology and Innovation Bill, born under the San Juan Convention, will be immediately brought before the San Juan County House of Representatives.

Within this framework, the Secretary of State for Science, Technology and Innovation (SECITI), Tullio del Bono and the Undersecretary for the Promotion of Scientific and Technological Activity, Marietta Benavente held a virtual meeting with representatives of the provincial scientific and technological institutions with the aim of informing the local authorities of the progress made in relation to this initiative Legislative.

On this occasion, Del Bono presented a brief thesis in which he explained the current situation of the regional scientific and technological system and its relationship to the nation, expressing that the general idea is to form a system that integrates institutions with local development, to a consultant. The council that facilitates the achievement of long-term strategic planning, as a way to direct efforts in a clear manner towards citizen demand.

During the meeting, the organizations ’opinion was asked about the possibility of integrating them into the regional innovation system, institutionalizing this merger in one of the chapters of the law, resuming democratic expansion and citizen participation in government affairs, and giving them continuity, as a result of the strong footprint promoted by Governor Sergio Unac within his government, which Embodied in the San Juan Convention.

In addition, it was possible to speak about the general spirit of the law, its new aspects, as well as the intention to position San Juan as one of the provinces that will make significant organizational and institutional contributions to the entire country by 2040.

Likewise, it is expected to lay the legislative foundations for the promotion and development of science, technology and innovation, linking them with the local productive sectors and linking them to the development of the human capital that the governorate will need to meet the challenges posed by the twenty first century to achieve them. More – Social and Productivity Development with Equity.