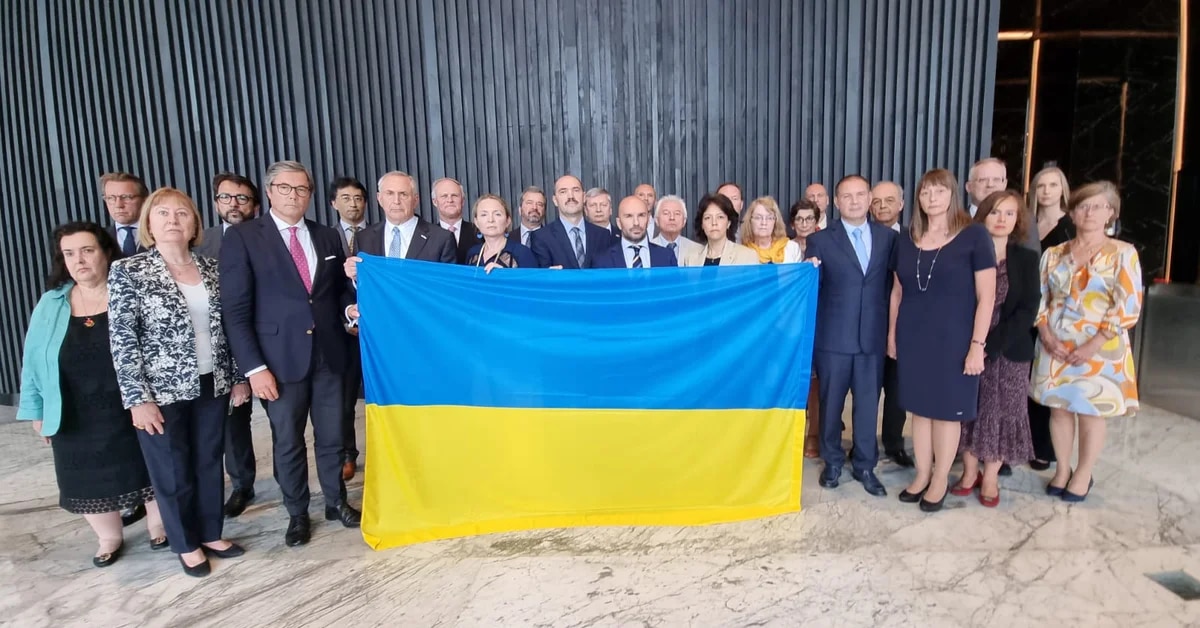 Ambassadors from Europe, Australia, Canada, the United States, Japan and the United Kingdom to Argentina

The ambassadors of the European Union, the United States, Japan, the United Kingdom, Australia and Canada in Argentina signed a joint declaration in which they asked the government of Alberto Vern omendez “to continue to defend human rights, defend the territorial integrity of Ukraine and reject the use of force.”

In a strong gesture, diplomats held a meeting with the charge d’affaires of Ukraine to analyze the situation in the country invaded by Russia and strongly condemned the action of Vladimir Putin.

“The purpose of the meeting is to analyze the situation, listen directly to the latest information provided by the charge d’affaires of Ukraine and express our full solidarity with the Ukrainian people,”the diplomats said in a joint statement issued after the meeting.

“We believe that all countries of democratic will must demand that Russia cease this aggression, which constitutes a flagrant violation of international law and universally recognized human rights. We stress the importance of Argentina, as president of the human rights council, continuing to defend human rights and the principles enshrined in the Charter of the United Nations, in particular the territorial integrity of Ukraine and the rejection of the use of force”.

According to them, the representatives of the above-mentioned states agreed “on the need for President Putin to immediately and unconditionally cease Russian military operations and withdraw all military forces from the entire territory of Ukraine.”

The meeting was attended by EU ambassadors in Buenos Aires, Amador Sanchez Rico, And the member states of this bloc, Germany, Austria,…