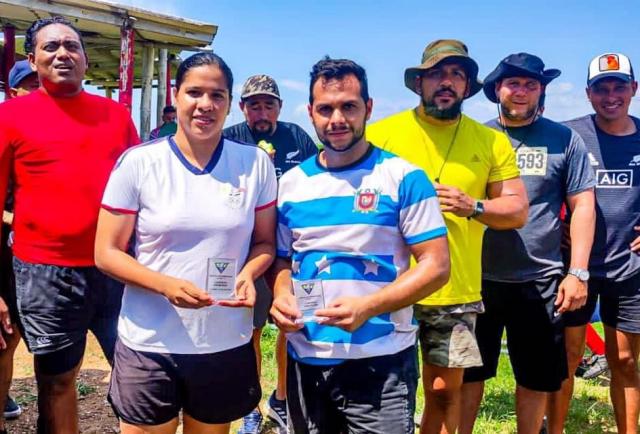 Rugby is a sport that was born several decades ago in the United Kingdom. Gradually, as is often the case with other disciplines, it is being adopted by different countries making it their own. In Ecuador, the history of rugby is approaching 20 years and its development and promotion is growing more vigorously.

In Guayas, there is positive growth and tends to keep growing, so much so that its two teams, Both males and females, they have stayed in the national and cross-country championships for the sport.

Several Guayas members will be part of the Ecuadorian rugby team, which will represent the country at Bolivarian Games in Valdobar next month.

Guillermo Guerra, who has been playing sports thanks to his brother for more than 9 years, He fell in love with rugby and today he is part of Guayas and is a candidate in Ecuador.

“The pre-selection by the provinces is already over, this inter-provincial selection that was made and we won with Guayas two weeks ago, which was done to see the skills and physical conditions of the different players to make a national pre-selection and we are currently training. On May 27 it will be the first focus, there will be 20 in total who will be selected and then eventually there will be 15 left and at the end of June or mid-June they will tell the official list of 12 people called up to play in the Bolivarian Games in Colombia.”

Despite the pandemic, it is very good that rugby is back on the right track. Like any sport that is not football, I have had problems at the managerial level.”

At the level that Ecuador currently has, He realizes that it has grown even though the pandemic was a complex moment from which they are gradually starting to emerge.

“The level of Ecuador is very good, we won trophies with very little support, imagine if we had support. We beat Paraguay, a country where they pay you for training, here we pay for our things. We are excited about that. We were the South American champions in Zone C (Guatemala, El Salvador, Honduras and Costa Rica.) Of course I would like to have support,” he adds.

Barcelona takes action after the events at the Monumental Stadium

Knowing little of the support, he was asked if they had received any kind of support from the Fedeguayas, Villacís was outspoken in saying no.

“I’ve always loved non-traditional sports, but the bad thing about playing them is that they don’t get much or too little support. We don’t have support from Fedeguayas, we’ve competed in some national and cross-provincial competitions and we ourselves have had to pay for our uniforms,” ​​he specified.

Everything we achieve depends on our self-management and seeking care. Now we have a trip to Ireland for the Rugby World Cup.”

Guayas coach, Mario Lima, explains what the competition system for the sport is, and in turn, Realize that as many men as women exercise the same intensity.

The Shipyard Classic, a horror movie

“It was an anti-all competition system, according to World Rugby regulations‘, he began to explain.

“It was obviously very difficult and complicated to put together a regional team because we came from a pandemic. It was a very difficult task.” He added about the process of building the champion team Guayas.

“The women’s team is responsible for Luis Zamora. There are certain styles of games that are createdThe system of the game is similar to that of the female, he said, and the courses are equally powerful for men and women.”

A few years ago, the country had about 30 official clubs, Now the number has been reduced and it is difficult to restore that number in the coming years.

“Growth until 2019, when we could work quietly, without restrictions, we had about 30 teams between the legally formed teams and the new ones. It’s now down. Competencies are created with those who stayed. The forecast for this year will end with a rule of 10 legally formed clubs and another 10 legalized in 2023,” Lima notes.

As the rugby seed flourishes little by little in Guayas, these reviewers take the opportunity to call on sports organizations to put it aside. In June a delegation will carry the name Ecuador to Colombia and they don’t want to land.