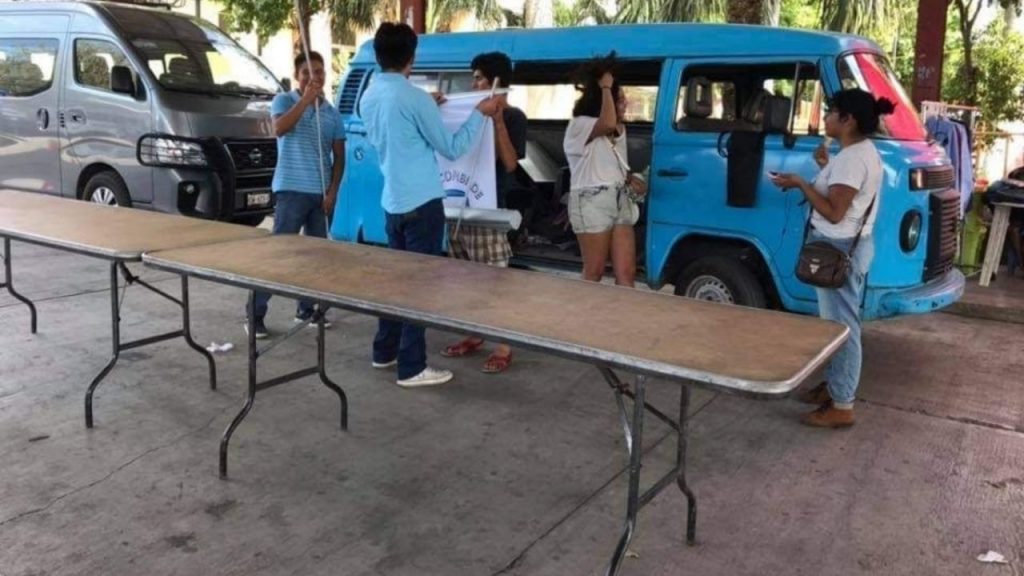 Specialists such as Julieta Fierro, Mexican astronomer and popularizer, assert that “science is everywhere.” Experimentation is key to getting people interested in it, like Cristóbal Miguel Garcia, of UNAM’s Faculty of Science, who noticed the lack of this kind of practice in San Miguel Tutulapan, Guerrero, and decided to take science into the mountains.

After leaving his community 10 years ago, with the sole aim of becoming a scientist, he came home with an idea: to turn a pickup truck into a mobile workshop, which, after a few days of taking measures to combat the epidemic, passed on to the population of Tierra Caliente several examples of home science, such as Make an antibacterial gel with aloe vera.

“At the moment we can’t go out because we are scientists and we have to lead by example and respect healthy distance metrics,” he explained, emphasizing that although his work in the mountains is on hold, there are new plans coming for the science track going from Taxco to Iguala.

The blue Kombinationsfahrzeug 1992 is in charge of transporting supplies which so far consist of some tubes, Gerber cups and teaching tools, but the goal is to have professional test tubes, as well as a solar refrigerator for antidote against scorpion stings, well, there are communities without light.

The idea of ​​combining science arose as part of Cristóbal’s thesis. However, its embodiment came as a result of the sum of wills, government support, foundations and donations from family and friends who accompany him in the workshops.

See also  Science.-Perseverance gets its first rock sample on Mars

In the downtime due to the pandemic, they are making videos on social networks explaining what COVID-19 and other quarantine experiences are like. Meanwhile, Cristobal is enrolled in a graduate degree at the EPFL in Lausanne, Switzerland, but stresses that despite its remoteness, Combi, which is already a civic association, will continue.