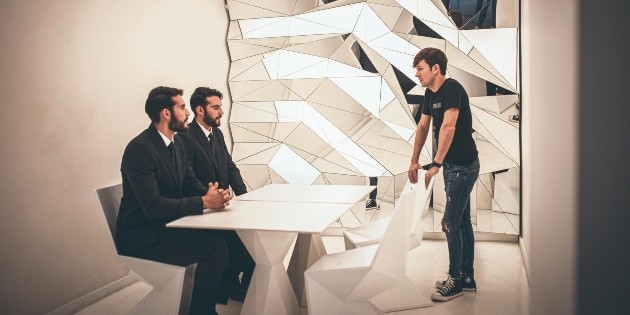 Producer, actor and host Roger Gonzalez presented his first feature project “Génesis” with his production company, Trópico Group. The short series is available on the platform Cinepolis a call – which has also been the most watched production of the past three weeks – tells the story of a group of young people who must decide whether to leave the planet, faced with an apocalyptic scenario. The project stars Elika Cruz, Kane, Nati Castro, Ricky Arenal, Fanny Amador, Ali Izquierdo, Andrea de Alba and Miguel Pez.

Over the phone, Roger spoke with EL INFORMADOR about this new adventure: “We have already worked on several productions, and I wanted to start a small production company three years ago, with which we started making shows on YouTube, like ‘The Roger Gonzalez Show.’ , has 5 million views per month. YouTubers, tiktokers, and artists are gone, opening doors to the digital world for me. Two years ago we started producing Roger Gonzalez Perista with inspiring stories.”

The pandemic surprised them and the Imagineering Project sprang up, with the creation of Genesis last year: “The project was born in a pandemic, made in a pandemic, and all the post-production was in this year: it is a form of getting closer to art and getting positivity out of this situation we’re in.” We are in first place (in viewers) for the third week in a row on the podium.”

The “Genesis” plot has a current reading that can be linked to the pandemic, although it was not the intention in the first draft: “Miguel Jaramillo and I started writing, we didn’t want to do something parallel to what we were experiencing. We started writing the story of these five boys who at the age of 21 must make a very important decision. Each episode tells the story of one of its heroes.”

Little by little, reality was permeating this sci-fi plot: “The first months of the pandemic have left us with very distinct marks, with fear, uncertainty and chaos all over the world. It is very similar to what we experienced at the beginning of the pandemic: we are talking about the approaching end of the world, something It happens on the planet where humanity knows it has to migrate because this planet is over.”

The choice of the cast was due to the interest in including talent from the diffusion: “I have already seen in different countries, such as the United Kingdom, Spain or the United States: when content creators reached a number of followers, they migrated to other platforms. We wanted to make a very important group of creators , with whom we have added 60 million followers. On the other hand also with a strong cast of actresses and actors that I have worked with.”

It will take your project away

The acceptance of the project and its inclusion in Cinépolis Klic satisfied the director: “I am very excited, it was such a circumstance to fall on the stage of the Cinépolis Klic and to be the first original series they do. I have already worked with Cinépolis on some campaigns, and when I was filming they just called and asked me About the project. I sent it to them and they loved it. As we have said many times in the series: You cannot escape fate, when fate stands you have to face it.”

The cinema chain’s commitment was great: “So much so that the trailer for ‘Genesis’ is seen in all theaters in Mexico, and the support is incredible, which is another reason to accept this movie.”

For Roger, producing novels now increases his experience behind the camera, an aspect he combines with leadership and acting: “I love being behind the scenes, I have found in productions a very important area of ​​opportunity to learn and prepare. My career has always been on stage in front of the cameras. But I always What I’ve been watching the camera, I’m learning how to produce it. It’s an opportunity to keep exploring. We already have projects for 2022 with Cinépolis Klic.” In the future, Roger will seek to continue production, including theater, video, and cinema.

In this sense, Genesis is also a start, as the same word stands for: “It’s the start of a production company in the making of fantasy, storytelling, and character creation.” The premiere of “Genesis” was in Mexico City. In addition to being at the Cinépolis Klic for weeks, they will be performing other premieres in various cities, including Guadalajara.

If you are interested in this news and want to know more, download and discover INFORMAPlus, the digital application of EL INFORMADOR, where we have exclusive content, selected by our editors, to give our readers a more complete experience.