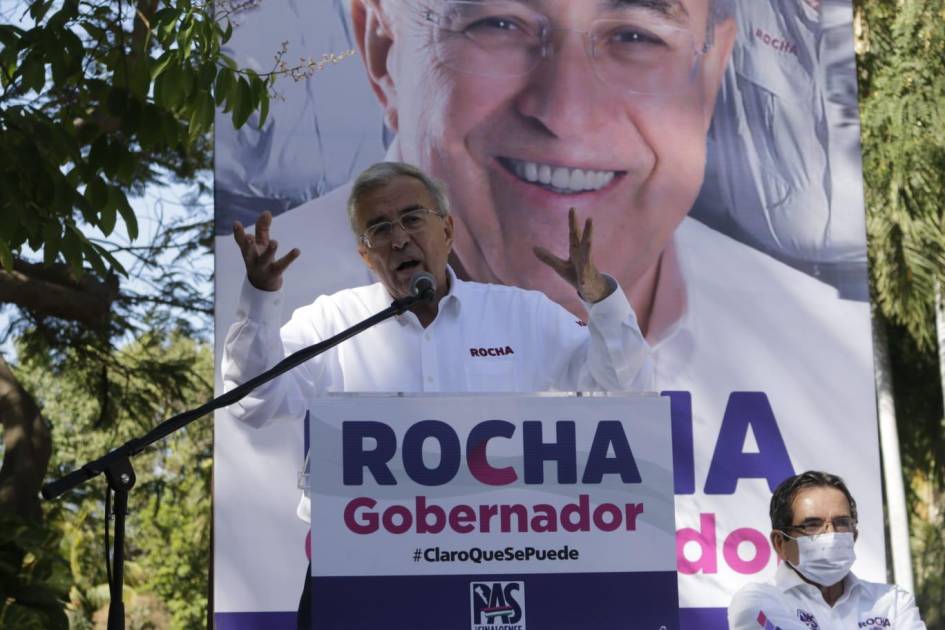 The candidate for governor of Sinaloa for Morena-PAS, Robin Rosha Moya, ensured his full support for the scientific sector and demonstrated his commitment to governing with the advice and advice of the scientific community in Sinaloa.

The above during the meeting of the licensed senator with the scientific community at the Hybrid Forum Human Resources Training for Technological and Scientific Development.

“What I want to do with you is a commitment: We want to judge. They will obtain based on opinions, proposals and solutions that the actors present to us in every activity; this is important, not an accompaniment, because this is the problem of previous governments, which see sports, science and culture as an accompaniment,” he told the assembled academics, scientists and researchers In the Botanical Garden and connected via Facebook Live and Zoom platforms.

He pointed out that according to the data of the National Council of Science and Technology (CONASSET), Sinaloa ranks 21 in the Human Capital Capabilities Index, Scientific Development and Innovation, which is a big problem, and at the same time, it is an area. The opportunity that could allow the new government with a social and scientific sense of the state to reverse these indicators.

Rocha Moya emphasized that the flag pillar helps increase the possibilities of generating greater wealth with a social sense, but the government support is lacking.

The main problem in this country and in this case is that there is insufficient support for projects of all kinds and in all areas; We will not just call the strategy those who make us a science to link it to the productive sector, basic sciences are important, social sciences, medical sciences, everything is important, we need to revitalize it, ”he said.

He emphasized that 25 thousand young people graduating from higher education institutions seek every year to obtain their first job, but only 10 thousand get it, and thus 15 thousand are forced to migrate to other countries In the case of those with higher degrees, the paradox is that employers do not employ specialization, so it is necessary to link specialization and research with productive sectors.

“We have had the opportunity to live in this environment with you, we know you and we are very interested in your existence, not as allies, but as support, as a very important development factor. The former dean of Sinaloa Independent University said,“ You have to do research policy, scientific policy, and you have to know how. It leads, and that is what it is about policy, direction and transformation. “