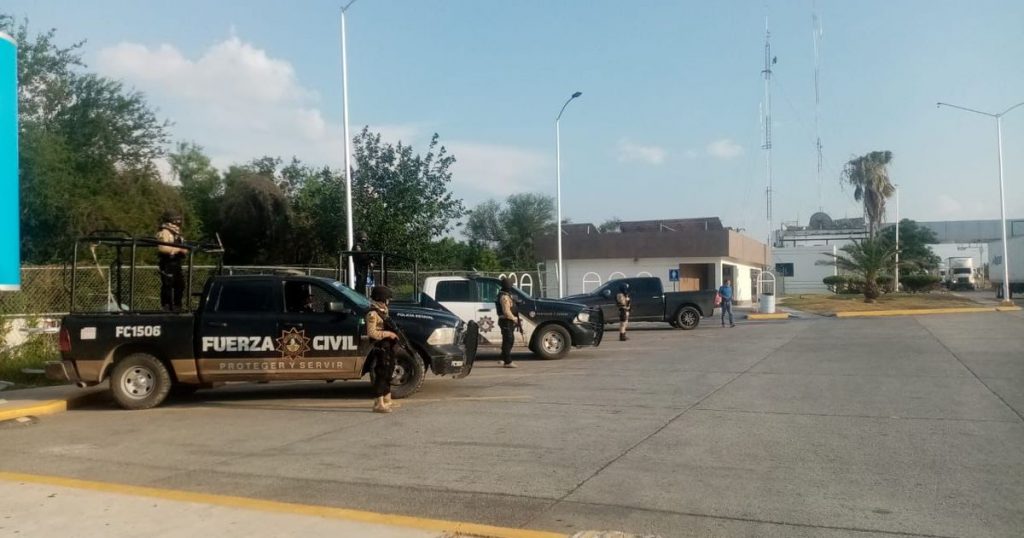 For my father’s birthday, my brother and his family came from the United States, where they live. It occurred to us to go to the slopes of Pico de Orizaba, to walk and take pictures. On the return, a few kilometers before Xometla, in the municipality of La Perla, armed men stopped the car in which my brother’s family came with my mother, and took their car. We came from behind and were able to pick them up and bring them all back in one car. Fortunately, no one was hurt, and the car was only lost with a few things that got in it. As with many Mexicans, we finally celebrated with no major damage, and that was only a horrific moment, followed by several hours of paperwork.

In recent days, similar events have been reported on the Monterrey – Nuevo Laredo motorway, as they did two years ago on the road running from Ciudad Mendoza to Esperanza. There are other areas where things go wrong, they not only steal cars, they do harm to people. We were commenting a few days ago, we have a serious public safety issue. In Veracruz, the afternoon before the car theft, state police killed two young men in Amatlan de los Reyes, near Cordoba. Sure enough, 80 or 90 more murders happened in the country that day, the next day, the day I’m writing, tomorrow you read.

The roads are not safe. Cities are a little more than that, though many of them rank among the most violent cities on the planet. But moving from one city to another carries additional risks. Some highways with a lot of traffic don’t favor thugs performance, but the least crowded sections are their workspace. You don’t see a large National Guard deployment, which is seen less than what the Federal Police did. The state police, with much less training, do not generate confidence – in general – because they make serious mistakes, like the one at Amatlan. So you take trips hoping nothing will happen. After more than a year of confinement, this new normal doesn’t look very attractive.

Those who have to travel constantly, because they transport the products we buy, have been experiencing this insecurity for at least a decade, but it has only worsened. They counter it by creating convoys, driving faster than usual, using technology. But all this has an additional cost, which must be added to the percentage of trips that do not pay off, because they are robbed.

A vast and mountainous country like ours is hard to care for. Highway thieves have been a constant disaster in our history. Two moments of authoritarian peace in Mexico, with Porfirio and with the PRI, reduced this phenomenon by co-opting the criminals, who became part of the state: the countryside with Díaz, And the judiciary with the Constitutional Revolutionary Party. We have already spoken on other occasions that many of the heroes we celebrated were originally criminals: Galeana, Bravo, Villa and others.

As experts have made clear, the solution to the security problem lies not in the militarization of the National Guard, as is being attempted now, but in building a system centered around a well-trained and equipped police, at the federal and state levels. We have progressed a lot in the first phase, and some entities still have reasonable police officers, but in others (such as Veracruz) the deterioration is evident.

If this process is not stopped, and the roads are no longer safe again, it will be impossible to keep the country running. This was the case for most of the nineteenth century and the second quarter of the twentieth century, then they called the criminal a hero.

See also  They dismantled a camp in Mexico but the immigrants arrived to cross into the United States.