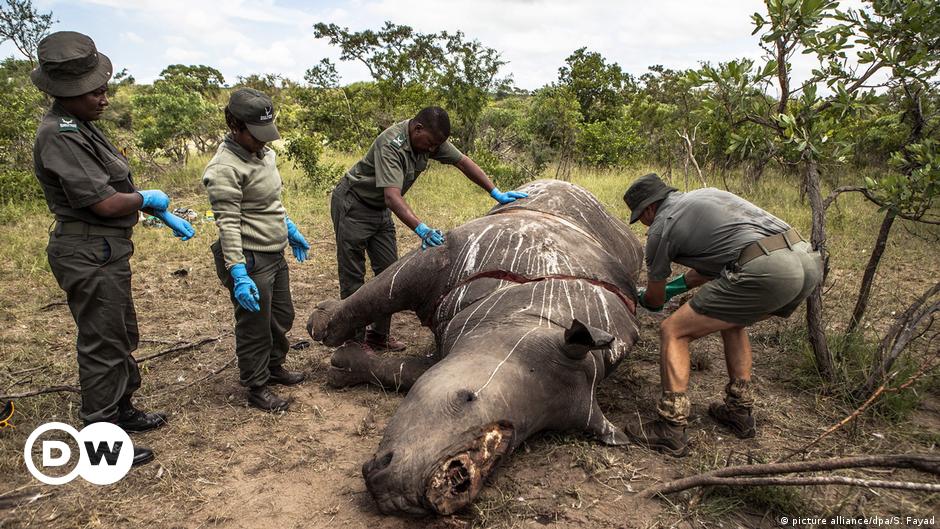 The South African Ministry of Forestry, Fisheries and Environment reported on Saturday (7/31/2021) that the poaching of rhinos increased by 50 percent in the first half of 2021 in this African country, which has the largest colony of these animals. From the world. This happens after the year 2020 in which the number of samples killed fell a lot as a result of the restrictions imposed by the coronavirus pandemic.

“From January to the end of June, 249 rhinos were hunted in South Africa,” Minister Barbara Creasy said. The number of animals caught increased by 83 compared to the same period last year. Most of them were killed in the famous Kruger National Park, where 132 died. It is precisely in this nature reserve that most of the population of South Africa lives from these mammals.

“Although this number is higher than the number of rhinos killed for their horns in the same period last year, 166, it is lower than the 318 caught in the first six months of 2019,” the wallet says. South Africa released these numbers for World Ranger Day, along with a letter of thanks to South African nature stewards even at the risk of their lives.

Despite everything, there is optimism

The reduction in restrictions due to the pandemic “encouraged an increase in poaching during the first six months of 2021”, Chrissy explained, with a significant increase in this activity in Limpopo, Mpumalanga and Free State provinces, where there are large numbers of rhinos. Reserves. South Africa is home to 80 percent of the world’s population of these animals, threatened by poachers due to the strong demand for their horns for traditional Asian medicine.

Despite the relative bad news so far this year, Minister Chrissy considered that the multidisciplinary strategy applied by the South African government and the “work” of the actors involved remained “successful”, as the dangerous maximum trend reached by a single hunt could have been reversed. Century in the decade prior to 2018. In 2014, for example, 1,215 captured specimens were recorded. An estimated 20,000 rhinos live in South Africa.