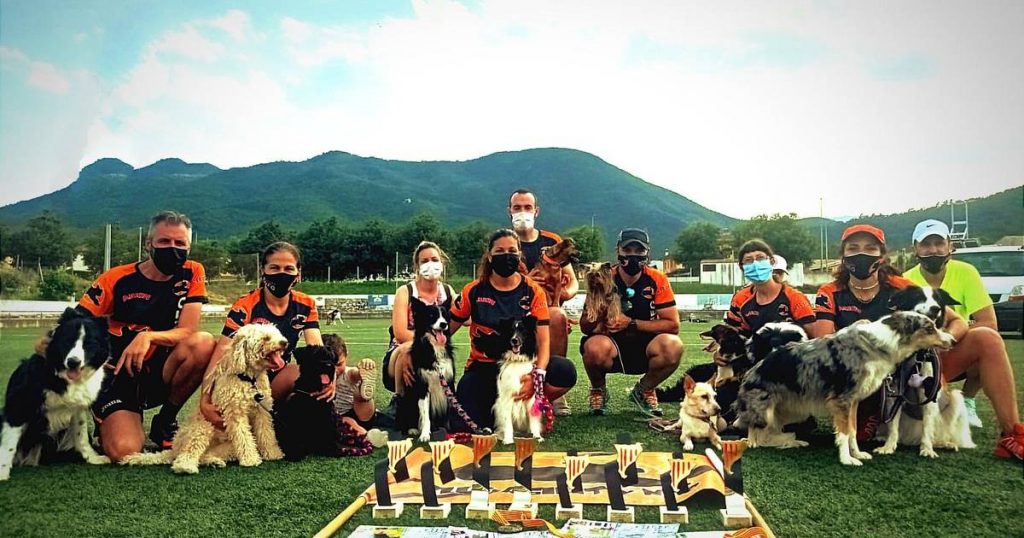 Agility is a sport that has its origins in the United Kingdom. Inspired by showjumping competitions, it consists of making the dog pass an obstacle course in a specific order, in the shortest possible time and with the fewest penalties. The dog competes with a guide who can encourage him but not touch him. In Catalonia there are about twenty clubs where this sport is practiced, and one of the clubs that does better is Club Reus. It is Club Agility Neo, a project that was born about seven years ago and is now fully integrated, with forty members, 25 of whom regularly participate in tournaments.

The club’s logo is a silhouette of Neo, the Schnauzer dog of Gerard Barberà, president and founder of the club: “It’s the first dog I owned and with it we won six Catalan championships in a row,” explains Barbera. Now, Neo is retired and the star dog is Beauty, a Border Collie who trains his wife, Miriam.

“This is a very family club,” says Gerrard. They have three accredited training tracks and several technicians that offer introductory courses for those who want to start practicing the sport. Pairs of dogs and guides come to Reus from places like Montblanc, Vila-seca, Valls, Cambrils or Tarragona. “This is a sport open to all types of dogs, with no distinction between breeds, although some, such as the Border Collie or Schnauzer, usually have ideal physical conditions,” explains Gerrard. Reus is part of the Catalan Agility Federation and also the Spanish Federation and has come to compete in the world championships. The two main Catalan competitions are the League and the Catalan Cup. In the first case, there are three divisions: honorable, first, and second. This year the New Agility club had several good results in one and the other and thus cemented a track that had been on the right track for a few years, despite being a still young club. Thus, they were declared champions of the honor division in the standard category and also by the teams, in addition to obtaining second and third places in the other categories.