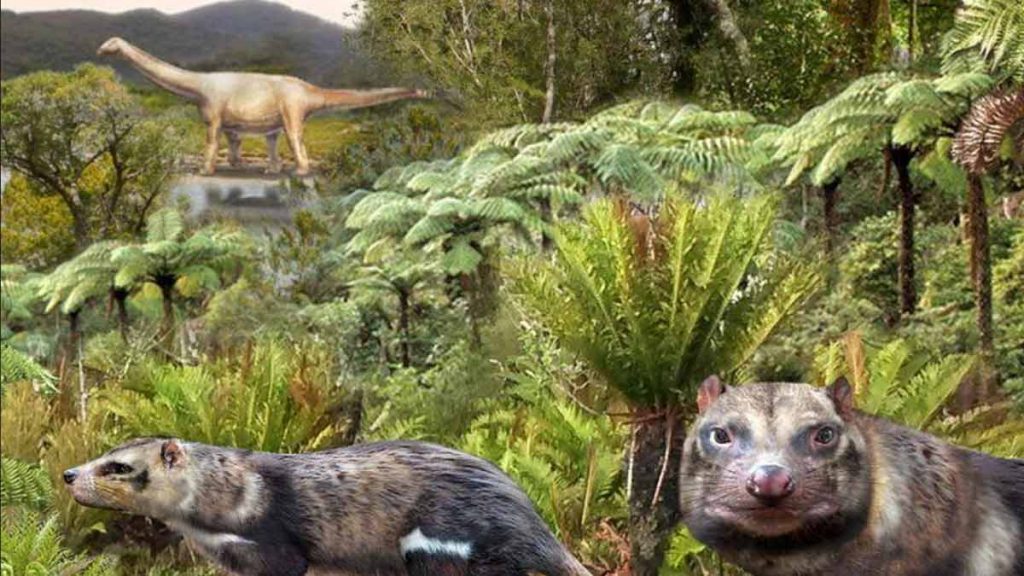 A group of Chilean and Argentine researchers, A. A new mammal from the age of dinosaurs with habits similar to modern skunks In a tourist area near Torres del Paine, the University of Chile reported Thursday.

Named species Orretherium tzen, Which inhabited 72 and 74 million years ago in the High Cretaceous period, at the end of the Mesozoic Era, was found in the Magallanes region, in the far south of the country.

“In addition to being the second mammal in the era to be found in Chile, it represents a lineage that has not yet been found in this country and helps fill a gap in the evolutionary history of a mysterious group of mammals that have become extinct and which have no descendants now. University of Chile paleontologist Sergio Soto said.

“The interesting thing is that this finding includes or is based on a fairly well preserved portion of the jaw with five teeth in situ and this allows us, thanks to dental morphology, to know that this was an animal that was possibly an omnivore diet.”

The discovery was published by the Scientific Reports of the Nature group, by experts from the University of Chile, in partnership with Argentine researchers and the Antarctic Institute Chile.

The discovery comes after another mammal, Magallanodon baikashkenke, was discovered in the same area last year, similar to the platypus and marsupial mammals.

The Orretherium tzen Live with it Magalanodon Bikashinki And dinosaurs are like titanosaurs. It would have an appearance, proportions, and eating habits similar to those of modern skunks, as determined by the researchers by the part of the jaw with teeth that allowed recognition.

Orre means “teeth” in Aonikenk, terium “beast” in Greek, while species tzen means “five” in Aonikenk, referring to the preservation of the five consecutive teeth in the jaw.

“This and other discoveries that we will announce in the future, I think reveal a huge potential for palaeontology at the southern tip of Chile.” Soto indicated.

“We are finding things that we did not expect to find that will help us answer a lot of questions that we have had for a long time about dinosaurs, mammals and other groups,” he said.