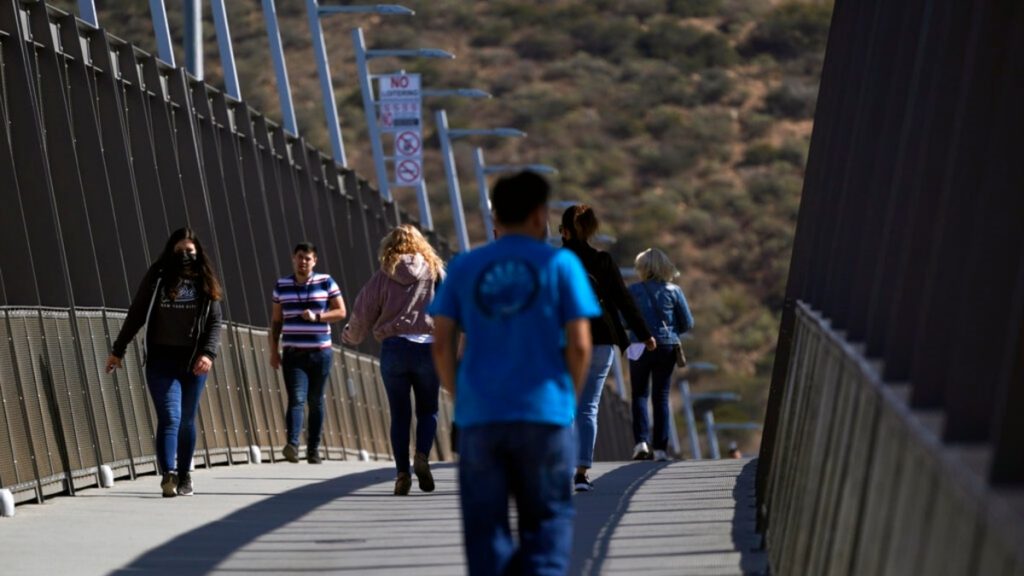 The reopening of the land border between Mexico and the United States – from November – to non-essential travel will boost the region’s economy, authorities, professionals and business said.

Foreign Minister Marcelo Ebrard said that given the progress of vaccination on both sides of the border, the blockade was already an unsustainable measure with a huge social and economic cost. According to Ebrard, the main commercial influence occurred in the border cities of the United States.

Ignacio Martinez-Cortez, coordinator of the Mexico Trade, Economic and Business Analysis Laboratory, noted that after about 19 months of border restrictions, the impact is estimated at about $71 billion.

The researcher from the National Autonomous University of Mexico (UNAM) said the number of daily crossings is close to 2.6 million on weekends, in terms of family visits and shopping tourism.

“There is a very important benefit for border economists, and especially for the United States (because the Mexican economy never shuts down), that it will boost the local economies of these forty-four provinces that border 3,000 kilometers from the common border.”

Jose Mario Sánchez Soledad, spokesperson for the Presidency of the Confederation of Entrepreneurs of the Republic of Mexico (Coparmix) in Ciudad Juarez, Chihuahua, considered this a positive step, but the authorities of the two countries must appoint a sufficient number of employees and infrastructure to cope with the increase. In cross-border flows, in particular because of the approaching Christmas shopping period.

“The need for a binational review at the highest level of essential logistics that accounts for the traffic of millions of people and vehicles being created at borders, we have been out of practice in this effort for about a year and a half is one of the biggest problems.”

Jorge Macías Jiménez, president of the National Chamber of Commerce of Tijuana (Canaco), estimated that this city had benefited from closing the borders, but that it was already necessary to reopen it.