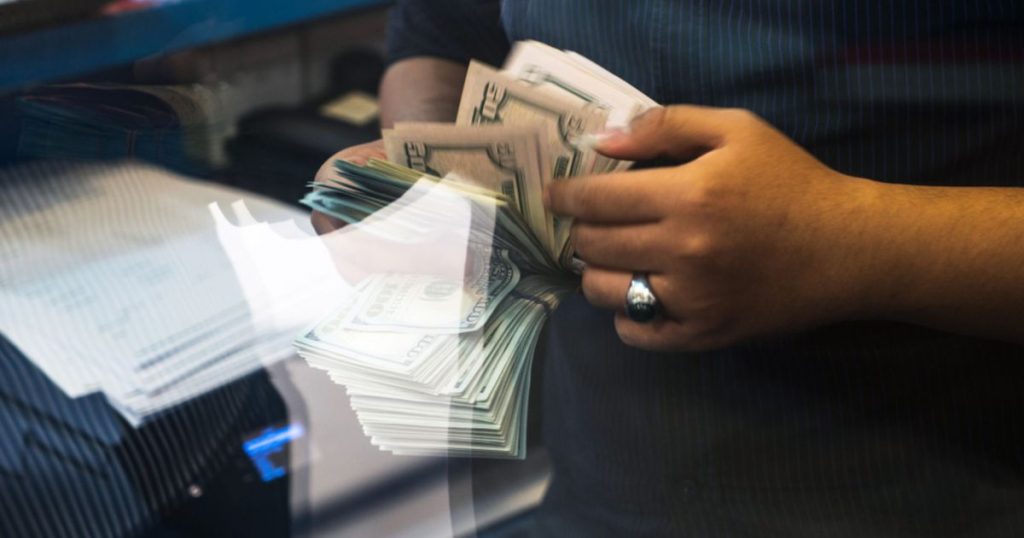 Santo Domingo, Dominican Republic-. The effect of remittances is best exemplified in the story told by Edward José Rodriguez, a Dominican government employee who earns 15,000 pesos, or $263, which isn’t even half of what he must get each month to close. Obligations in the house where his unemployed wife and daughter live.

Remittance income allows Edward to pay for basic expenses like electricity, internet, the house he lives in, or food. And at this time of the COVID-19 pandemic, the $150 he got from the United States, over 10 years ago, is now $250 or $300 a month. That, not counting the boxes of medicines and meals he himself had also received, or the money that came from his relatives from Spain, which in turn increased, albeit to a lesser degree.

Edward’s story was repeated throughout Latin America. That is, even with the worst forecasts, remittances during the fateful 2020 became a source of relief for families and, accordingly, a popular influx of foreign currency for many emerging economies.

This scenario was not fatal either. This is because the forecast for the start of the pandemic announced by the World Bank indicated a stagnation of 20 percent in remittances was not met. Low- and middle-income countries received $540 billion in remittance flows in 2020, just 1.6 percent less than $548 billion in 2019.

The latest data from the international organization, according to figures for 2020, indicate that remittance income in Latin America and the Caribbean increased by 6.5 percent; In South Asia, 5.2 percent, and in the Middle East and North Africa, 2.3 percent. But it fell in East Asia and the Pacific (7.9 percent); in Europe and Central Asia (9.7 per cent) and in sub-Saharan Africa (12.5 per cent).

Sonia Plaza, co-chair of the World Bank’s Global Knowledge Association for Migration and Development (KNOMAD), has four reasons to explain why Latin America is ranked as the region with higher income from remittances as a whole.

1. steadfastness Immigrants from Latin America are used to major crises, and when they encounter them, they are more flexible to move to other sectors to find work. In addition, they have a strong desire to provide for their families. “We’ve seen, for example, immigrants gathering, rather than living in an apartment, to live together and send back whatever they can save to their countries.”

2. Monetary initiatives and employability. Most countries with immigrants have taken measures to support businesses and jobs, allowing remittances to continue to be sent. Also, many Latinos have continued to work because they work in essential jobs. “They have been in everything from cleaning services, hospitals and everything that provides services despite COVID-19.”

3. The economic effects were not serious. The forecast for the economy’s fall in 2020 began with the IMF’s forecast of -5.9 percent, and ended with a real decline of -3.5 percent for the United States. “This means that the economic impact that was expected is that it will be very strong, especially in the United States, where the majority of Latin American immigrants reside. He acted in a more successful way.” In general, the income from remittances received in 2020 from the United States did not decrease.

4. Shipping channels have been formalized. Many immigrants carried the remittances themselves or sent them with a friend, or with a carrier or encommenda. When the borders were closed, they were sent through official mechanisms, whether it was banks or money transfer companies”, concludes Sonia Plaza. In Mexico, many of those shipments using informal channels happened to be counted by the central bank as remittances.

The behavior of remittances shows the dependence on economic issues of a society living in developed countries, especially in the United States, precisely because of the shortcomings that draw their home countries. 4.0 percent of Mexico’s gross domestic product depends on remittances, and in the Dominican Republic, that amount rises to 10.6 percent, according to the World Bank.

“Countries and governments are interested in getting more remittances because it helps them with their current account and balance of payments, and what they need is foreign exchange, and if the flow from tourism is shut down, there are at least foreign exchange remittances,” explains Sonia Squire.

However, the economist warns that remittances are not a substitute for development, and states that migrants leave not because they want to, voluntarily, but because they are looking for job opportunities that they did not find in their own countries. Can we see that immigrants contribute to development? Yes, do remittances replace development? No,” he insists.

The Latin American countries most dependent on this income, in conjunction with the fact that they are all from Central America, recorded increases. El Salvador, where remittances account for 24 percent of GDP, reached $5,935 million in 2020, $275 million more than the previous year’s 5,661. The same thing happened with Honduras, Nicaragua and Guatemala.

Mexico, the country receiving the most remittances from Latin America and the fourth in the world, closed the 2020 epidemic with revenues of 40 thousand and 606 million, that is, 4 thousand 168 million above 36 thousand and 438 million dollars recorded in 2019. President Andres Manuel Lopez Obrador praised the numbers that maintain its upward trend in 2021.

If one could talk about a contest in these numbers, Pakistan and Mexico would be the two winning countries, with the highest amount received during 2020, about $7,700 million between the roughly equal parts.

In the Dominican Republic, the trend is a mirror: 2020 closed at $8,219 million, an increase of $1,132 million over $7,887 million for 2019. The interpretation given by the Dominican Central Bank reflects what is still spreading in the Central American states, was a boom in Economic aid distributed in the United States, the main remittance-sending country, around the world.

The North American Congress has approved two major economic stimulus packages in 2020 to respond to the pandemic. In March, the $2.2 trillion Coronavirus Aid, Relief and Economic Security (CARES) Act was approved, which would allow for payments of up to $1,200 per person. And in December, the second big $900 billion package included food aid, rent payments, and unemployment insurance.

He explained that “the Dominican diaspora was one of the communities that benefited most from improved salaries, as well as from the financial assistance provided by the US government to the unemployed in that country, given the high proportion of Dominicans who organized.” The central bank when it presented data on remittances end of last year

The United States Embassy in the Dominican Republic agrees that the increase in remittances has a “direct relationship” to the economic recovery programs implemented in the United States. “…among them the US bailout, as well as other initiatives to promote economic prosperity on the part of the (Joe) Biden (Kamala) Harris administration, benefit the Dominican community.”

Edward’s mother, who was among the millions of people who benefited from these grants, received rations, medications such as insulin or protein supplements, and money (the son estimates about $8,000 in nine months over the past year).

“The Dominican diaspora with a population of more than a million people and sending money to help and create conditions … This (local) economy has benefited because these dollars are turned into pesos, and these pesos are turned into an investment, to buy an apartment or something like that,” analyzed the Central Bank Governor Dominican, Hector Valdez Albizu, when he announced the “exceptional” Dominican economic growth recorded in April of this year.

Income from foreign exchange has direct effects on the reserves of countries, on the stability of the dollar, and therefore on the entire economy, especially on the pockets of people. The arrival of remittances ended up saving the foreign currency dependencies that tourism did not reach. The Latinos of the diaspora ended up contributing to the economic stability of their families and, incidentally, their countries of origin.