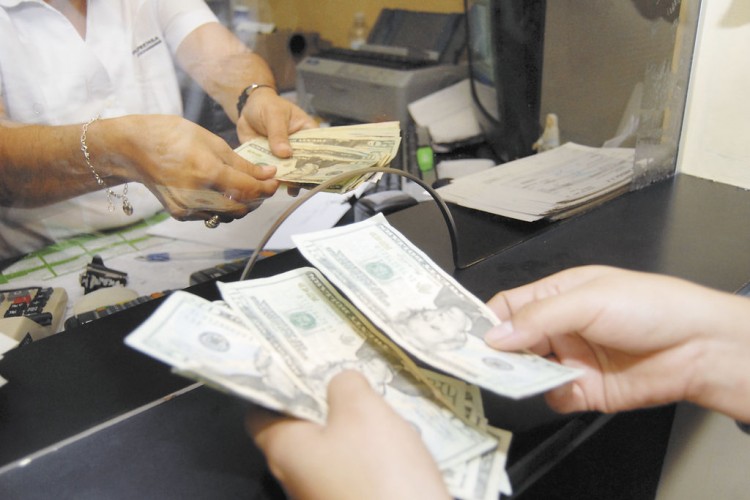 Since the outbreak of the social and political crisis in April 2018 until now, Nicaragua maintains a growth trend in terms of income received from remittances sent by Nicaraguans who have emigrated. In the past four years, a larger share of shipments from Spain has been noteworthy and in terms of the methods used to mobilize funds, banks are now dominated more than specialized agencies.

Between January and September 2021, remittances in Nicaragua totaled $1,557.3 million, compared to $1,342.7 million received in the same period in 2020, according to data from the Central Bank of Nicaragua (BCN).

That is, shipments received by citizens residing abroad, who migrated in search of job opportunities and better living conditions, increased this year by 15.9 percent compared to 2020.

Also read: $866.1 million in transfers from the United States to support the economy

Similarly, the backlog up to September 2021 is still higher than what was reflected at the same time in 2018 (1,097.4 million). Historically, remittances have been primarily driven by money from the United States, Spain, Costa Rica, and Panama. The other participating countries are Canada, Mexico and El Salvador.

The behavior of shipments in recent years

Remittances were necessary to reduce poverty and maintain consumption. Between 2018 and 2020, even in 2021, remittances did not stop growing and were key to avoiding the collapse of the economy with increased unemployment and poverty in the last three years of recession.

See also  Democracy in the region, the economy and climate change, the topics of the summit between Alberto Fernandez and Sullivan

Between January and September 2018, remittances from the North American country to Nicaragua totaled $609.9 million and now, in the same period in 2021, it was $980.9 million, which translates as an increase of 60.8 percent.

It should be noted that only in the third quarter of this year, the figure reached 336.2 million.

Spain, for its part, removed Costa Rica from second place. Until September 2018, $121.9 million from the European country arrived in the country, while in the same months the current figure rose to $227.2 million, i.e. a significant growth equivalent to 86.3 percent was reported.

Meanwhile, the data also shows that between July and September 2021, a total of $74.4 million was sent.

It might interest you: Conversions keep growing. These are the main countries I grew up in

Secondly, Its neighbor to the south, Costa Rica, ranks third as the main source of remittances from Nicaragua. Specifically, the country went from raising $213.6 million through September 2018 to receiving $196.2 million in the same period in 2021. The decrease equates to 8.1 percent.

Data from the highest banking source indicates that in the first nine months of this year, these shipments totaled 64.7 million.

The Nicaraguans were favored by the recovery of the economy of these countries, after 2020, which was hit hard by the impact of the COVID-19 pandemic.

In case Panama, It also reflects a decrease in remittances. BCN statistics reveal that as of September 2018, 56.3 million dollars entered Nicaragua from the channel state, then in the same period in 2019, this number increased and reached 64.7 million.

On the other hand, only in the third quarter of 2021 remittances from Panama were 17.0 million.

Among the other countries from which remittances arrive: Canada with $8.1 million, El Salvador with $3.4 million, and Mexico with $1.5 million, according to official figures.

With regard to shipping methods, BCN data shows what was obtained in the third quarter of 2018 ($ 372.8 million), specialized agencies received $ 156.0 million, commercial banks received $ 186.9 million, and remittances from pockets are estimated at $ 29.9 million.

Read also: Spain ranks second among the countries of origin of remittances received by Nicaragua and the displacement of Costa Rica

On the other hand, of the $527.1 million that entered the country in the third quarter of 2021 from remittances, $342.7 million was through commercial banks. $181.1 million came through specialized agencies, and the rest was in pocket transfers.

Read also: Remittances reach $671.2 million until April of this year and indicate a growth of nearly 23%

But the cost of living in Nicaragua has gone up in the past four months, and it’s very high. For example, the basket of goods and services from 53 products is more than 17,000 Cordoba,” he noted.

The reason, residents recommend saving. “Take these pennies and invest them in the most necessary things. Let us remember that in the first three months of 2022 there will be important expenses, for example, children’s schooling. In addition, we will not have enough food because we are already entering a dry period. “

Following this line, he noted, “The year 2022 will not be easy, the whole panorama is gray because there is no increase in production, Renacer’s law is in the fore and the political and social struggle with the dictatorship is still dangerous.” lamented.

On November 10, the President of the United States, Joe Biden, signed and passed a law to strengthen Nicaragua’s compliance with the terms of electoral reform or the Renacer Act, which proposes putting more pressure on the Ortega and Murillo regime, through individuals. Sanctions against officials and restriction of multilateral bank loans.

Might interest you: BCN estimates CAD 12,247 million in Christmas bonus, plus increase in transfers and credits

On the other hand, Otero estimates that by the end of 2021, nearly $2 billion in family transfers will arrive. “With economists we have calculated that if the same last year is repeated and the increase continues, it will reach $2,100 million.”

The Central Bank of Nicaragua (BCN) estimated on Wednesday that a total of $382 million would be recorded in remittances between November and December, compared to 343.2 million received in the same period in 2020.

Regionally, Nicaragua ranks fifth as a recipient of remittances, and Guatemala was the first country with a total of $4042.2 million.