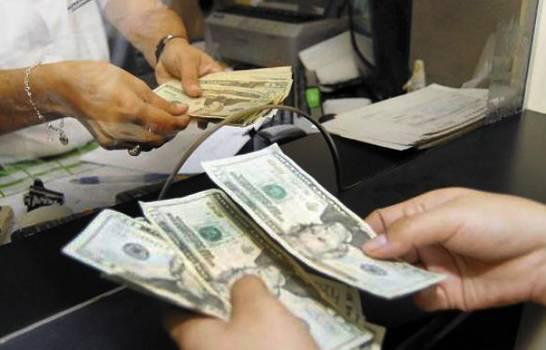 The central bank reported that remittances have reached their highest growth rates in the past ten years, recording an amount of 8,219.3 million US dollars during 2020, an increase of 16% compared to 2019.

The Foundation explained that the continued recovery of economic conditions in the United States (US) after the reopening, the country from which 83.8% of the flows came from in the past eight months, was a critical factor in remittance behavior. Received.

Evidence of this improvement in the North American economy can be found in the employment figures, with the unemployment rate rising from 14.7% in April, during the worst moments of confinement, to 6.7% at the end of the year. In particular, the unemployment rate among Hispanics in the United States decreased from 18.9% in April to 9.3% in December, as it highlights.

Likewise, it highlights that the Dominican diaspora was one of the societies that benefited the most from this improvement in employment, as well as from the financial assistance provided by the United States government to the unemployed in that country, given the high percentage of Creoles who are organized.

“Given these results for the US economy, the Dominican external sector is expected to perform better at the end of 2020 than expected at the start of the epidemic,” a statement says.

Indeed, the influx of foreign currency into the economy remained in a state of steady recovery until May, with remittances increasing, exports from free zones improved, airports and hotels reopened, and exports surged. From gold, as the current account deficit is expected to be around 2% of GDP, which will be among the lowest in Latin America.

In addition, important companies in the fields of telecommunications, energy, mining and free trade have announced large investments that will be implemented in the coming years, some of which will start in 2021, reflecting investor confidence in the resilience of the Dominican economy. ; Let this year end, despite the epidemic crisis, foreign direct investment (FDI) will reach 2,554.3 million US dollars, which, according to preliminary figures, will be the highest compared to Central American and Caribbean countries, and thus like other Latin American countries with economies. Similar to the Dominican Republic.