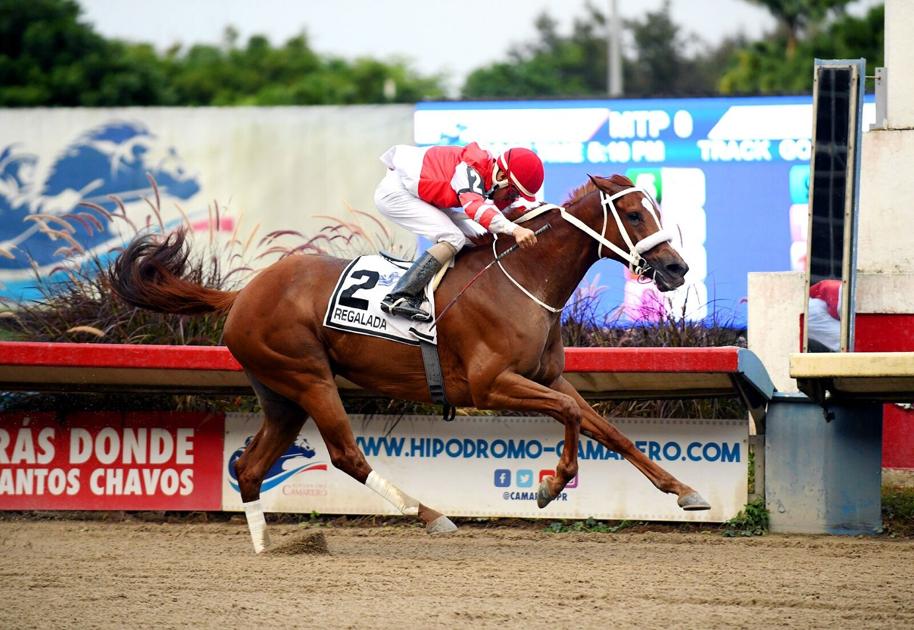 The original Ms. Regalada was recognized as last year’s best sprinter in the local horse race, when this Sunday she was named the winner of the 2020 Horse Of The Year Waiter Award.

Raised by Luis Archilla, who races under the colors of the LAR Stable and coaches Eric Betancourt, Hockenheim’s daughter Transformer won four out of five entries last year.

His victories include the Classic Warriors’ Day and the Camarero. Her only loss in the first race came on July 25 when she finished second to winners Rhina My Love.

Regalada currently belongs to ERV Enterprises which acquired it via private sale after winning the Three Kings Day classic on January 6. Under his new stable, he held four races winning classics Verset’s Dancer and Constitución.

In the rest of the Camarero Awards presentation, which was broadcast this Sunday by teleporting the races from the Camarero racetrack, 24 other categories were honored, including the various horse divisions.

Among them, the Criollito sample was selected as the best two-year-old native, and Salerosa stood out among the foals. In the case of 2-year-olds, Super Strong and Imnogood held the distinction.

The waiter’s prize for the most prominent imported specialty was awarded to Nils Diamond and the mare Echo was awarded for this distinction.

In terms of statistics awards, Juan Carlos Diaz was once again named rider of the year, businessman Mark Thacher, with Sonata Stable, was the most winning owner, Jose Dan Velez was the coach with the most wins and Samuel Cardona the general trainee.

The specimen that received this year’s claim award is the Wonderful Lady, owned by RMV Stable, owned by María Núñez Correa. While Greal’s Charm had the most wins of the year, racing for Irvin Rodriguez’s Irv Projects.

At the Breeding Awards, the Transformational Mare was awarded the Camarero for Best Mother Mare of the Year, the outstanding Hockenheim, who passed away several months ago, was named Stallion of the Year, and Potrero Los Llanos is the Paddock of the Year.