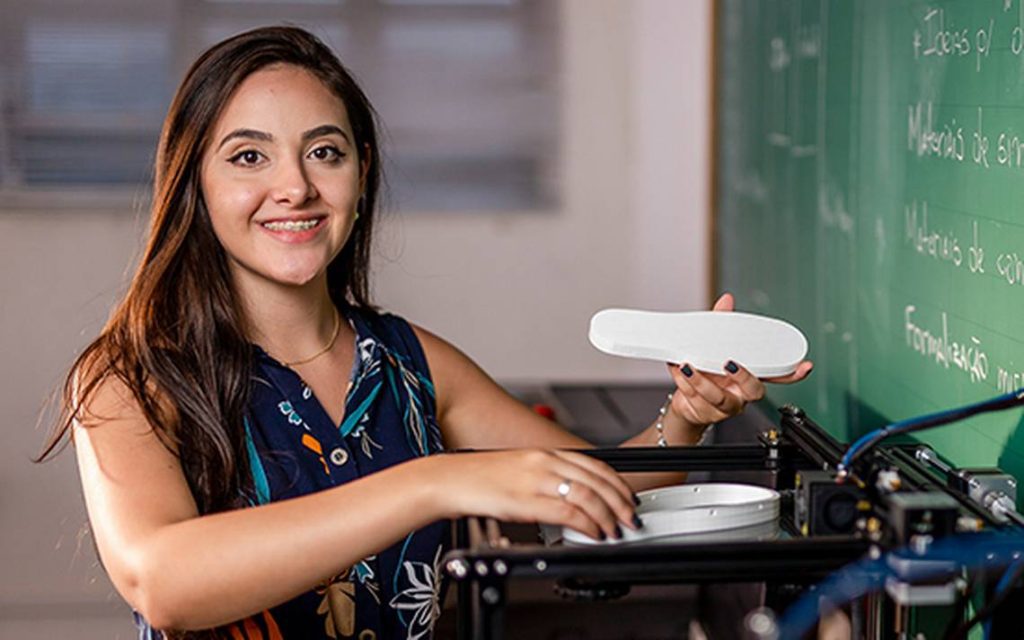 For the first time, the European Patent Office distinguished innovations from inventors under the age of 30, who hailed from Brazil, the United States, Belgium and the United Kingdom.

The winner of the “Young Inventors Award”, which was created to encourage innovation among young people, with the goal of helping the problems of the planet as well as the environment and health, will be announced on June 21.

According to AFP, 25-year-old Brazilian-born Rafael de Bona was chosen to develop sanitary pads and biodegradable pads from banana and bamboo waste fibers.

Starting with the problems of homeless women, this young graduate of product design from the Federal University of Paraná tries to combat menstrual instability, to help women who struggle with access to sanitary products, a problem that every month affects nearly 500 million women around the world.

On the other hand, Stanford neuroscience student Erin Smith has created an app that serves as a tool for early detection of Parkinson’s disease and other neurological disorders, based on the recognition of facial expressions.

The 22-year-old American app is called Faceprint and was tested extensively at Stanford University School of Medicine, where it performed well predicting disease with around 95 percent accuracy, which could help delay the progression of severe symptoms ranging from tremors to difficulty walking. As part of a disease that affects an estimated 10 million people worldwide.

For their part, young Belgian Victor Deolph and Briton Peter Headley, aged 25 and 27 respectively, presented their project in the field of artificial intelligence with an optical waste recognition system and an automated sorting arm, which was able to devise an autonomous system. It allows an increase in the proportion of waste sorted on conveyor belts in garbage containers, which makes recycling more profitable.

The two founded their company called Recycleye in 2019, and have managed to raise nearly 1 million euros by starting to work with the robotics group Fanuc.

We recommend the podcast ⬇️