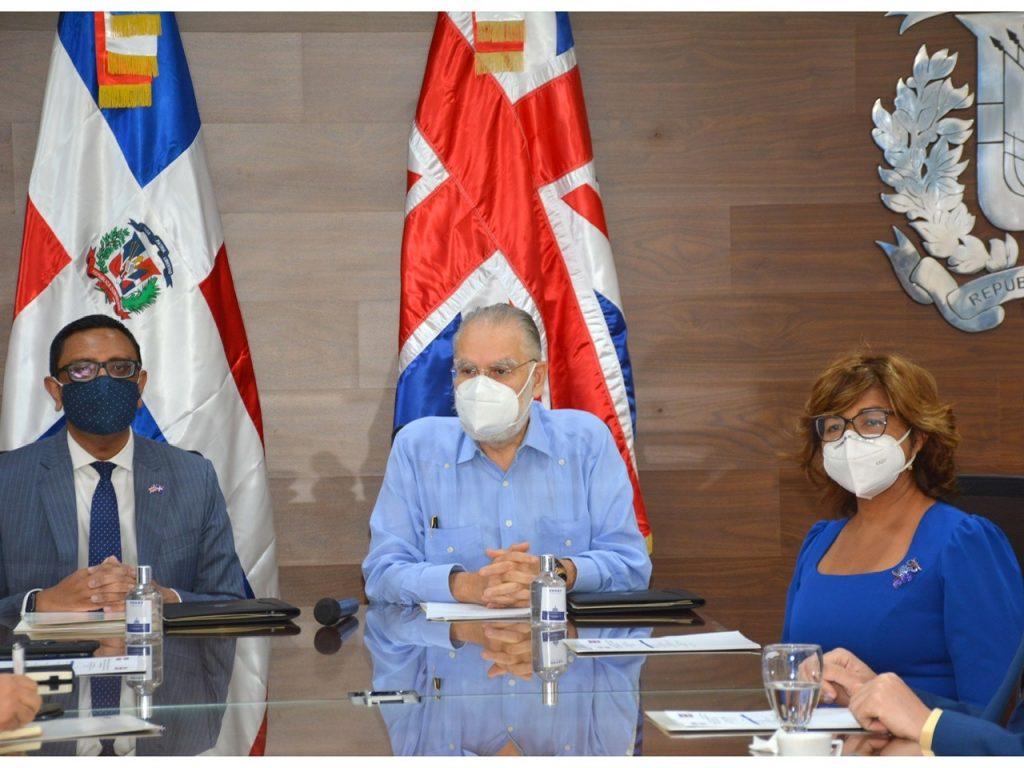 .The document was signed by Miguel Ciara Hatton, Minister of Economy, Planning and Development and Maqbool Ali, Ambassador of the United Kingdom of Great Britain and Northern Ireland to the Dominican Republic.

Santo Domingo, Dominican Republic (August 2021). The Governments of the Dominican Republic and the United Kingdom of Great Britain and Northern Ireland affirm the commitment and strengthening of bilateral relations, by signing the Basic Memorandum of Understanding for Technical and Scientific Cooperation.

The agreement promotes technical and scientific cooperation, through the formulation and implementation of specific programmes, projects and actions in areas of common interest, in accordance with the priorities identified in the political strategies for economic and social development of both governments.

In this sense, governments when identifying areas of cooperation in programsThe specific projects and actions, will take into account that these respond to standards relating to the promotion of international peace and security, the promotion of respect for human rights, sustainable development and the promotion of democracy, as well as the principle of absolute reciprocity with regard to institutional mandates and regulations.

The document was signed by Miguel Ceará Hutton, Minister of Economy, Planning and Development, in his capacity as Dean of International Cooperation in the country, and Maqbool Ali, Ambassador of the United Kingdom of Great Britain and Northern Ireland to the Dominican Republic.

Minister Ciara Hutton indicated that this signature represents a milestone for the administration of the current government In the bilateral cooperation relationship with the United Kingdom of Great Britain and Northern Ireland, which is a reflection of the interest and commitment to strengthening the bonds of friendship and cooperation that exist between the two governments.

He stressed that this is a new opportunity to strengthen actions focused on the priorities identified by the Government of Change, which seeks to put the urgent needs of the people and the region at the center of public policies, making it possible to respond to basic issues. Such as health, education, security, water and sanitation, among others.

The economist explained that through this signing, exchanges will be stimulated not only at the level of government bodies. In addition, “it will allow the development of technical and scientific cooperation, Considers the participation of organizations and institutions from different sectors of development such as universities and NGOs, while jointly contributing to promoting compliance with the 2030 Development Agenda, specifically Goal 17 of the Sustainable Development Goals, on partnerships for development and on the translating of the entire government plan into the multi-national plan years for the public sector.

Meanwhile, Ambassador Moqbel Ali indicated that the goal of the two countries is to promote economic and social development on the basis of technical, financial and scientific cooperation. He stressed that cooperation in these areas is necessary and allows for the exchange of experiences and access to the necessary capabilities to formulate specific programmes, projects and procedures that constitute national development plans.

He said that this signing is a testament to the commitment of the Government of Great Britain to Latin America and the Caribbean, after its exit from the European Union, in order to expand its scope in cooperation and trade throughout the region. Shared solutions to build a better, more equal and more prosperous world for all.

The signing ceremony, which was held at the facilities of the Ministry of Economy, Planning and Development, was also attended by Aliya Dutil Karabalu, Deputy Minister of International Cooperation at the Ministry of Economy, Planning and Development and the National Authorization Officer for European Development Funds. Gerson Perez Alvarez, Director of Trade and Investment at the Embassy of the United Kingdom of Great Britain; Jose Luis Murillo, Director of International Cooperation, Ministry of Foreign Affairs; Gilberto Renoso, Director of the Cabinet for Water; Rosana Arias Tejeda, Director General of Bilateral Cooperation, Pamela Polanco, who is responsible for managing bilateral cooperation negotiations, among other delegates from national authorities.