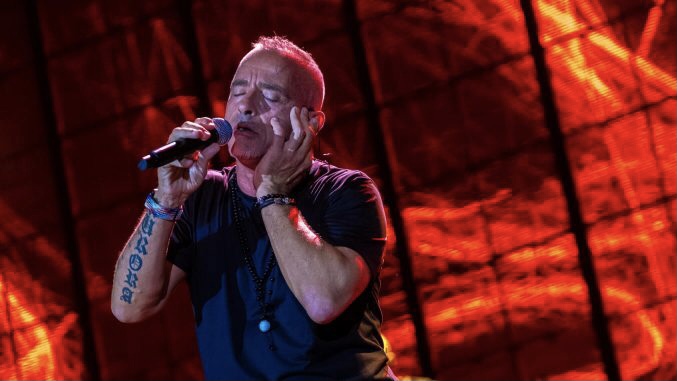 Miami, United States.– Italian singer Eros Ramazzotti arrived in the United States on Sunday as part of his world tour in which he will present the new album “Patito Infinito”.

Efe highlighted the Battito Infinito World Tour covering the United States, Canada, Latin America and Europe, and will take place from October 30, 2022 to May 11, 2023.

Its first port in the United States touches down in Los Angeles (California) and continues in Houston (Texas) on November 2, according to a statement on Friday that has already delivered as many as 70 dates in various cities around the world.

The statement said it’s a “huge tour” that puts live music at the center of the entire programme, with a band made up of “historic musicians and newcomers.”

The artist will alternate these concerts in the United States with concerts in Mexico, Costa Rica, Panama, Ecuador and Canada, which he will also perform in November, according to the calendar.

The new record project Ramazzotti, released on September 16 by Capitol Records Italy under license from Vertigo/Eventim Live International, immediately shot to the top of the charts, according to the statement.

The new album of the artist, one of the most cosmopolitan Italians, has a Spanish version, “Latido Infinito”, and his first single, “Ama”.

The Battito Infinito World Tour kicked off at the Real Maestranza Theater in Seville on September 15 and, according to the statement, is an international project that unites record publishing and live experience.

“I thought of this tour to celebrate my new unreleased album. I was completely involved in this work, paying attention to every detail and all the nuances. In each of these concerts, there is a small part of me and my story.” Ramazzotti presented the new album last June.