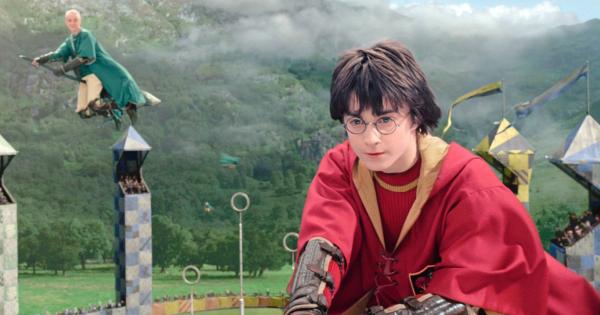 Harry Potter It is one of the most popular movie series of all time and its success continues as the number of its fans continues to grow. With this magical world based on the novels of J.K. Rowling came a fantasy sport called Quidditch, which is practiced on brooms. The game has amazed and liked the audience so much that it has been brought into real life almost since 2005 and now has associations responsible for organizing it.

We also recommend the following: Rowling posts anti-transgender message and fans criticize it

Quidditch associations in the US and UK have made the decision to change the name of the sport, mainly because they want to distance themselves from the name J.K. Rowling, after the author commented on the transgender community. Additionally, the groups know that the Quidditch name is a registered trademark of Warner Bros. This is another reason to change the title of the game.

As the game grew, the name “Quidditch”, a trademark of Warner Bros. , to limit the expansion of the sport, including but not limited to sponsorship and broadcast opportunities. Both tournaments hope this name change will allow for exciting new developments for our players, fans and volunteers as the sport continues to grow.

See also  I've always been happy in America; I don't have my head in Europe '

In another part of the statement of both societies they spoke about the importance of keeping a distance with the author of Harry Potter novels and her anti-trans stance, noting that the sport is characterized by gender equality and inclusivity and comments such as those of Rowling They do not in any way represent the principles of the federations or the sport involved.

Our sport has earned a reputation as one of the world’s most progressive in terms of gender equality and inclusion, thanks in part to its ultimate gender rule, which states that a team may have no more than four players of the same gender. in the field at the same time. Both organizations feel it is necessary to live up to this reputation in all aspects of their operations and believe this is a step in that direction.

A statement from the UK Quidditch Association noted that the sport is expanding its horizons beyond Harry Potter and the franchise in general, and that the name change will allow for growth, sponsorship and expansion. We leave a portion of this statement below:

Distancing ourselves from JK Rowling will promote sport and community as the inclusive space as it truly is. Since our inception, the inclusion of all people, regardless of race, gender, gender identity or background has been a cornerstone of our sport. We cannot continue to call ourselves kidditch and be associated with JK Rowling as she continues to make malicious and hateful remarks against the many transgender athletes, staff and volunteers who call this sports community home.

In case you missed it: Fantastic Animals 3: Mads Mikkelsen Shut Down His Instagram Was It Because He’s Harassing Johnny Depp Fans?