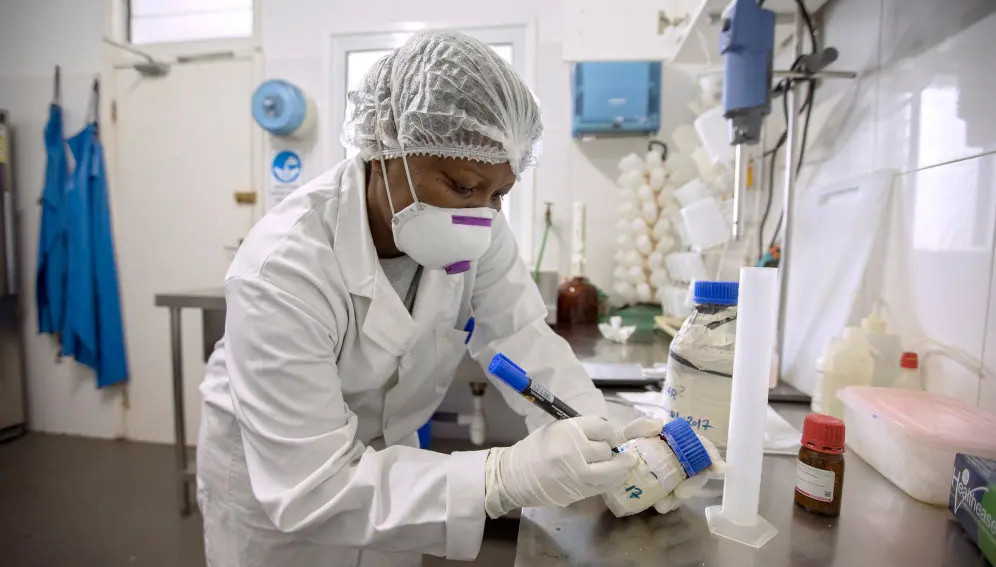 Scientists from the Global North often travel to countries in the Global South, collecting samples, analyzing them and publishing results without acknowledging the local scientists who provide assistance and knowledge for their research.

This practice is known as “helicopter research” and is considered a “way to perpetuate colonial practices,” according to an article published in Computational Biology PLOS.

Now, an international group of researchers has published Ten Rules to stop this practice and promote a better “non-colonial” science between the Global North and the Global South.

Adriana Romero Olivares, a biologist at New Mexico State University and co-author of the paper, spoke to SciDev.Net about the “helicopter” research and how she hopes scientists in the Global South will become aware of the problem.

Why is the investigation of the so-called “helicopter” a problem?

This is in the context of our article. In a broader context, “helicopter” research can be conducted anywhere in the world. This mainly occurs when researchers from the dominant culture extract data from people from the non-dominant culture. This happens a lot, for example, in the Global North when non-indigenous researchers go to indigenous communities, extract data, collect samples, and then do the same thing I described earlier, without recognizing or respecting the indigenous peoples and their culture. .

Is there a particular area where this happens most often?

I think it happens across the board. But I think this happens more in areas that require data collection. It is very common in science in all fields: biomedical research, environmental research, and anthropology. In ecology, it can be traced back to the time when European naturalists first came to the American continent. It has been going on forever.

Why did you decide to write about this topic?

It is a topic very close to my heart. She was born and raised in Mexico, where she received her bachelor’s and master’s degrees. Now I live in the United States. When I was in Ensenad, I would see people from the United States going there and collecting samples. Then I began to realize that many of them had no ties to local scientists in Ensenada, the city with the largest number of researchers per capita in Mexico, so there was no excuse for them not to make those connections.

This made me very angry. But what pissed me off the most was when I moved to the United States and started to see how common these practices were. In all the sections he was a part of, they simply went to the countries of the Global South, collected samples, returned to the United States, analyzed everything, and when they detailed the list of co-authors in their articles, they usually did not include local collaborators.

I also noted that even among northern researchers, many recognized this practice as unfair and colonial. This was the reason why we decided to write about it.

What could be the impact of a meaningful collaboration between researchers from the North and South of the globe?

There are many different influences. In essence it strengthens scientific research. You must make sure that there is equality and fairness in the science. The way we envision ending ‘helicopter’ research means we are also contributing to advancing science in the Global South.

It is a win. You win because you contribute to science and knowledge wherever you are, and at the same time, you help strengthen research groups and infrastructure in the Global South, and have a more equitable science program, which is what we ultimately want.

Many of the rules we include in the article contain positive examples from organizations and journals that encourage collaborative science. Do you think there is more awareness about this issue now, is it being properly discussed?

I think there is definitely more awareness. Scientists have been researching this for a long time, but I think social media, in recent years, has provided us with this platform to spread this idea further and share what is wrong with ‘helicopter’ research.

The fact that journals are making policy changes that do not allow authors to submit publications without local collaboration is a very positive change. Sometimes you need to really put in the effort. I know reviewers are starting to point this out as well, and this raises awareness among editors. Things are definitely changing.

I don’t think we talk about it as much as we should, but I hope that this document opens bridges of conversation where we can start talking more about it and raise awareness of what we can do to really stop it.

The first rule the document recommends is to establish win-win partnerships and fair partnerships. How can this benefit everyone involved?

For starters, it will expand the scientific community. If you have to make contact with local partners, they have their own research group, so the number of people with whom you communicate, exchange ideas, exchange ideas expands immediately.

See also  Congress news - They seek to enrich the moment when science, technology and innovation law is reformed

It provides all kinds of opportunities, from cultural exchange to being more aware of how things work in different countries and cultures.

One of the things I see as a great victory is to learn and become aware of things that you might not be aware of if you weren’t working with these people. In general, locals, scientists or non-scientists, are the people who are best acquainted with their own environment. If you contact them, you will likely learn something about their system that you don’t, because they don’t live there, while the locals do. Strengthens science and ideas in general.

Do you think travel restrictions during the pandemic have affected this dynamic?

Absolutely. Suddenly, researchers traveling to the Global South could no longer do so. Important seasonal samples and important dates were lost; Now there is a gap in your data set because of that.

If they have local collaborators, they can work with them to collect samples. It would have been difficult for them, because the science has been difficult in general during the pandemic, but it is possible that they have found a way to solve it.

These kinds of tragedies will continue to occur due to global climate change. You can also contact local partners. Data collection may be lost or you can contact a local person and ensure that collections are conducted and that data will be generated and made available.

This article was produced by the Latin America office in SciDev.Net . Network