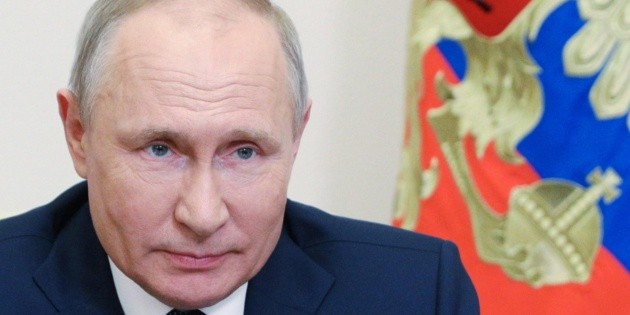 Russian President, Russian President Vladimir PutinHe said on Thursday that he would “break the teeth” of those attacking Russia, In the context of ongoing tensions with Western countries.

“Everyone wants to bite us and take something from us. But those who try to do this must know that we will break their teeth so that they can not bite us anymore,” Putin said.During a meeting with national organizations.

Even after losing a third of its potential [con la caída de la Unión Soviética]For some, Russia is still very large. In fact, the potential is enormous and his lands are still the largest in the world. “According to the pictures broadcast by the TV.

He did not specify which countries he was referring to.

In addition, it once again boasted of the latest weapons Russia has developed, such as the “Avangard” supersonic missiles which, according to Russian authorities, could outperform any missile defense system.

Putin used to utter shocking phrases or biting jokes to praise his country and threaten his opponents..

In 2016, he joked on television that “Russia’s borders never end” after annexing Ukraine’s Crimea peninsula and sending his army to support President Bashar al-Assad in Syria.

Relations between Russia and Western countries are going through one of their worst moments, after several disagreements over the situation in Ukraine and Syria and accusations against Moscow of interference in elections, espionage and cyber attacks.

But Russia welcomed “positive signs” in relations with the United States on Thursday, after Washington decided to abandon the application of some sanctions on the Nord Stream 2 gas pipeline and after a “constructive” meeting of the two countries’ heads of diplomacy. Countries.