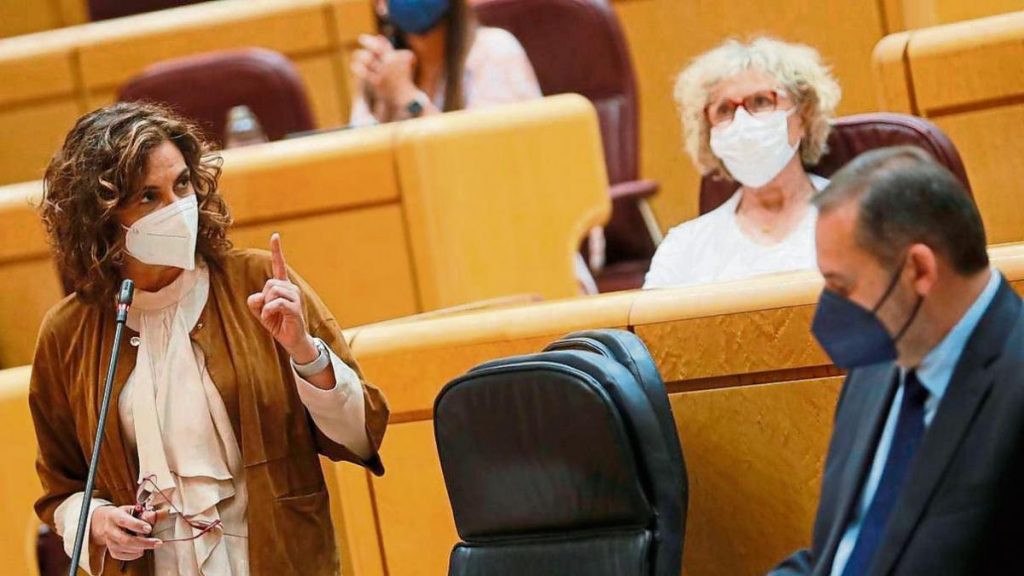 In just over a year and a pandemic in between, public administration debt has risen by 30 percentage points. According to information published yesterday by the Bank of Spain, the public debt amounted to 1.39 trillion euros at the end of March. In other words, it equals 125.3% of GDP, setting a new record. The government updated its fiscal forecast two months ago and estimated that public debt would be 119.5% of GDP by the end of 2021.

The CEO is confident that the public treasury position will be redirected throughout the year to achieve that liabilities remain below the 120% of GDP mark.

The efforts made by the central administration to confront the health, social and economic crisis are reflected in its calculations. Liabilities rose to 1.28 trillion euros in the first quarter of the year, at 112.3% of GDP. In all, it’s up 14% year over year, while Social Security funds, which have 85,000 million in debt, have experienced a 55% increase in the past 12 months.

As for the autonomous communities, the size of their debt has grown to 307,000 million euros – 27.7% of GDP. Government transfers largely show that the responsibility for self-government has barely risen in the past year3%.

In any case, the only management level that manages to reduce its debt in relation to the first quarter of 2020 is the local entities. Its indebtedness, equal to 2.2%, has been reduced by 3.3%.

Just yesterday, Oscar Ars, Director General of Economics and Statistics at the Bank of Spain, considered the high public debt as one of the “important scars that will take years to dry”.

Regarding the development of indebtedness – “a massive increase, with few precedents” – Arce vigorously defended that it reflected an effort by management “absolutely necessary” to maintain income for workers and businesses. “It was and remains necessary – he insisted – to maintain a clear expansionary tone, which unfortunately leads us to high levels of debt, while the pandemic continues, until the recovery is sufficiently clear.” “The risk of withdrawing stimuli too early rather than too late is more serious,” he warned.

However, Oscar Ars stated that over time, the application of tools should gradually become more selective. The Bank of Spain president’s forecast indicated that they expect the Spanish economy to return to pre-crisis levels at the end of 2022.

The High Representative of the Bank of Spain did not hesitate to repeat the supervisor’s request to draw up a plan to reduce the deficit and public debt as soon as possible to implement it in the medium term. “It is necessary to rebuild the margin of fiscal policy for the coming crises.” In addition, Ars highlighted that other countries, such as the United Kingdom, have already taken this step and introduced a “structure of strategies” to contain spending and increase revenue that can be unlocked when recovery is on track, with the aim of reducing fiscal imbalances. “Now is the time to reflect and point out the fundamentals of fiscal consolidation.”