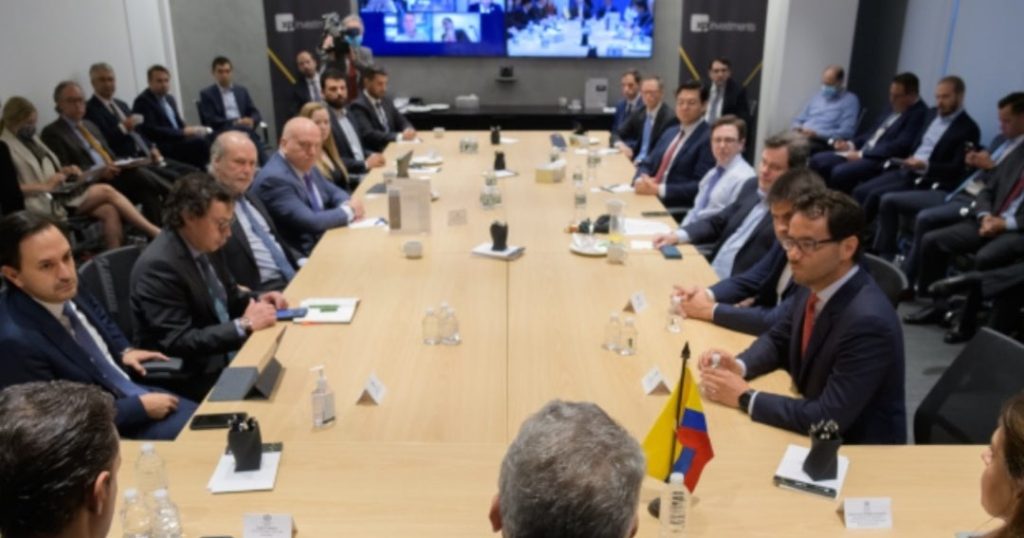 As part of his visit to the United States, President Ivan Duque on Thursday met with rating firms to present the balance of management the government has been implementing in economic affairs, but also to call them better objectivity and judgment when adjusting grades in the midst of the pandemic.

According to the President of the Republic, “In a meeting with representatives of rating agencies and investors, we reiterate our call not to evaluate countries with pre-pandemic criteria, because this crisis is not yet over and to demand high resources to serve, above all, the most vulnerable.”

At a meeting with representatives of rating agencies and investors, we reiterate our call not to evaluate countries with pre-pandemic standards, because this crisis is not yet over and the demand for resources is high to serve, above all, the most vulnerable. #UNGA pic.twitter.com/SgJGaI6ADk

The president’s first request comes after Fitch Ratings and Standard & Poor’s They lowered the investment rating of Colombia recently.

When Fitch lowered the country’s credit rating, it explained that it was due to the deterioration of public finances with a large fiscal deficit between 2020 and 2022 to 6.9%. High level of public debt by more than 60% of GDP; and less confidence in the government’s ability to reliably put the debt on a downward trajectory in the coming years.

in time, Fitch He explained that the central government’s total debt level is now more than double the level it was when obtaining investment grade, and warns that the level next year will be higher, and thus the economy will be exposed to domestic and external shocks. .

For its part, Standard & Poor’s stated, “Colombia’s fiscal adjustment will be longer and more gradual than previously expected, reducing the likelihood of reversing the recent deterioration in public finances. Therefore, we have downgraded our long-term foreign currency rating in Colombia to ‘BB+’. From “BBB-“.

Minister of Finance , Jose Manuel Restrepo He assured LR in recent days that President Duque’s meeting with rating firms was “to tell them where we are, how we’re going with the social investment bill, how we’re achieving economic growth and what we’re doing in managing the stream.”

Thus, Duque’s meeting in the US with rating firms became significant not only because of the loss of investment grade but also because of the warnings they had recently given about tax reform and the country’s debt.

With tax reform, it is difficult to see the scenario of Colombia returning to its pre-pandemic debt levels. This reform does not solve structural problems, given that it has an inefficient financial system. “We believe that in the medium term, Colombia will implement new reforms that will allow it to increase its competitiveness,” said Manuel Orozco Escudero, a specialist in the sovereign ratings and international public finance group at Standard & Poor’s.

See also  The US economy grew at a rate of 6.4% in the first quarter of the year