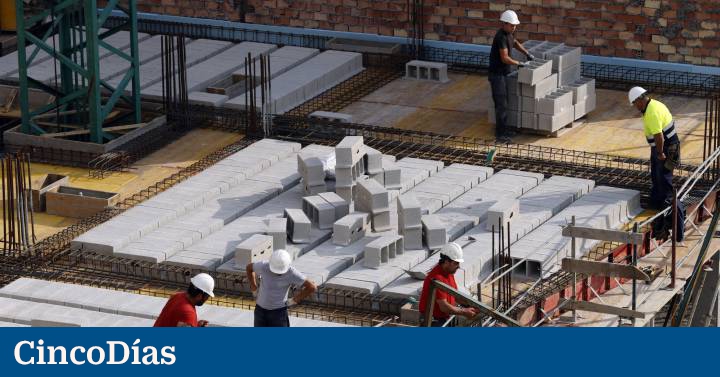 The development of the economic recovery in Spain is already showing positive signs, encouraged by the acceleration of the vaccination campaign, some sectors (Consumption, car sales, buying trips) already Approaching pre-Covid levels. This was stated this Thursday by Tony Roldan, director of the ESADE Center for Economic Policy (EsadeEcPol), while introducing the latest Economic and Financial Report from Esadewhere it is indicated that The sustainability of the business fabric, especially SMEs, is a key factor in the growth of the Spanish economy in the medium and long term..

The authors recommend adjusting economic policy measures to stop the disappearance of companies in crisis with the withdrawal of assistance granted during these months: “New support measures must be quickly granted to viable businesses, but with solvency problems, avoiding as much as possible directing resources to non-viable companies,” the report cites.

According to the managing directors’ barometer for the month of June, About 175,000 businesses have already disappeared since the health crisis began and another 110,000 could disappear if containment measures such as ERTE and the moratoriums are removed.. However, Roldán warns: “At some point a decision must be made to give an indication that this aid cannot continue forever, so that the reallocation of necessary resources is also allowed.”

In this sense, they acknowledge from Esade that there will be medium-term consequences in the productive fabric, explaining that Some companies are no longer viable (the so-called companies zombies) They must disappear. To see if a company falls into this classification, Esade suggests using indicators proposed by the International Monetary Fund (IMF) to determine if a company’s problems are liquidity, solvency or viability based on a company’s ability to return to profitability over a period. Three years once the recovery from the economic crisis begins.

Although the report maintains an upbeat tone, Expect 6% growth for the global economy in the coming years, warns of the productivity scars that will remain after the crisis, especially due to unrealized investment spending and the lack of availability of human capital, which in some cases has wiped out long periods of unemployment.

“There are jobs that will disappear and it will have to be spent on training so that people who have lost that job can find it in another, more productive sector,” says Josep Komagonkosa, co-author of the report.

For his part, Roldán emphasized that to avoid permanent scars, training programs for workers still at ERTE must be accelerated, supporting incomes for companies in sectors still affected by the virus and Focus resources on this summer’s tourism campaignShe suffered a setback on Thursday with the announcement by the French government not to travel to Spain.

Komagonkosa insisted that “the recovery must be global or it will not be”. According to the report, in some countries such as the United States or China, the recovery is already complete, while other regions are growing very slowly or in recession, a gap closely related to the progress of vaccination against Covid that allows measures to be relaxed. Banish and reactivate the activity.

Komagonkosa made it clear While 60% of the population of all countries, even of the poorest 70, If it is not vaccinated, there is a risk that the virus will develop new, more resistant types And with it, new waves of infections threaten the good pace of the economic recovery, and he said, “The production loss from another Covid wave will be 150 and 200 times greater than the current wave.”

See also  Buffalo: Starbucks employees create their first union in the US | Economie