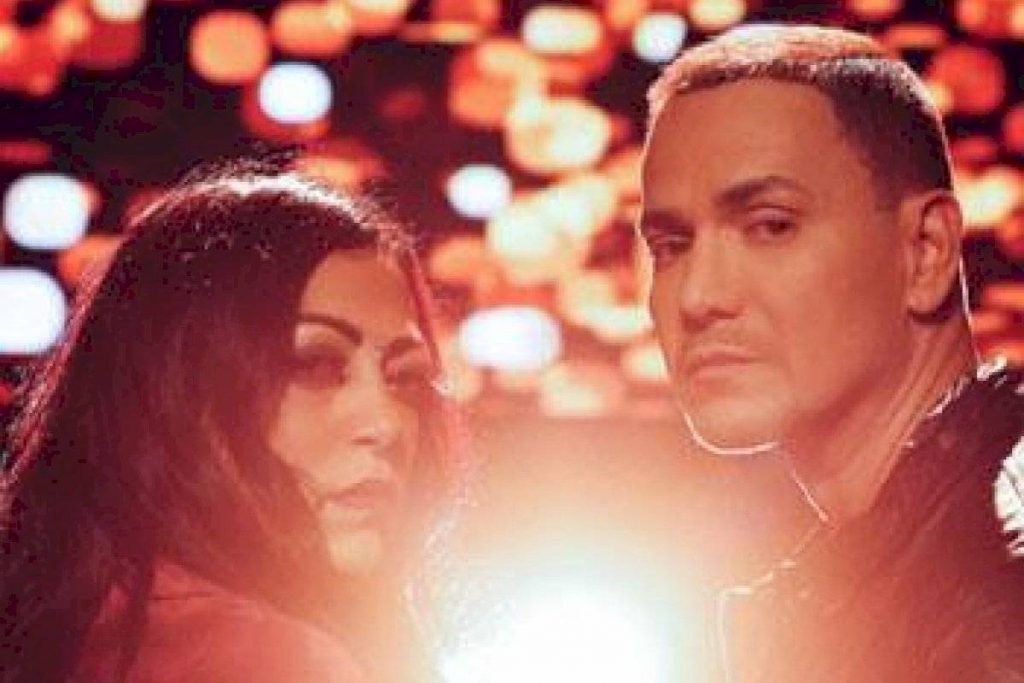 Sonero Víctor Manuelle made his music video debut for his huge hit “Víctimas Las Dos” with La India on his YouTube channel.

“Víctimas Las Dos” is about a woman who discovers that her lover lives a double life and that the man, for his part, plays with both, keeping the relationship secret. India, one of the women in the love triangle, is responsible for exposing deception by flaunting its well-known explanatory power on issues of this nature. For his part, Victor Manuel’s character tries to defend himself by offering excuses and explanations that make him appear more guilty.

The video, produced by Wildhouse Pictures, delights us with a suggestion close to a musical act, as the film’s protagonists excite us with their dialogue and scenes of the man’s exposed betrayal. The flawless choreography sequences also stand out.

The scenery, costumes, and chemistry between these two legendary Puerto Rican artists make this video one of the year’s most memorable. The song was a major radio success, reaching the Top 5 of Orbiter and Billboard’s Top 40 Latin Airplay in just two months after its release.

“I always wanted to record a song with La India, because I really admire her talent and career. Besides, I consider that she is the most important female character in salsa. I think” Víctimas Las Dos “is going to be a hymn to all women because it is a feminist song. The slightest doubt it’s going to be the kind of song everyone wants to sing at karaoke.Sonero personally said it reminds me of the golden age of the Pimpinella duo.

See also  “This exists and it is a reality”: Juan Pablo Raba spoke about the crisis of the forty years

He surprised his followers, Victor, by publishing “Víctimas Las Dos” in physical form and a limited edition signed by the artists. This collectible treasure is available on Music Stop Puerto Rico.

Victor is currently doing a media tour with interviews on the major Spanish speaking channels in the US, which will be running in Peru and Colombia starting April 12th.