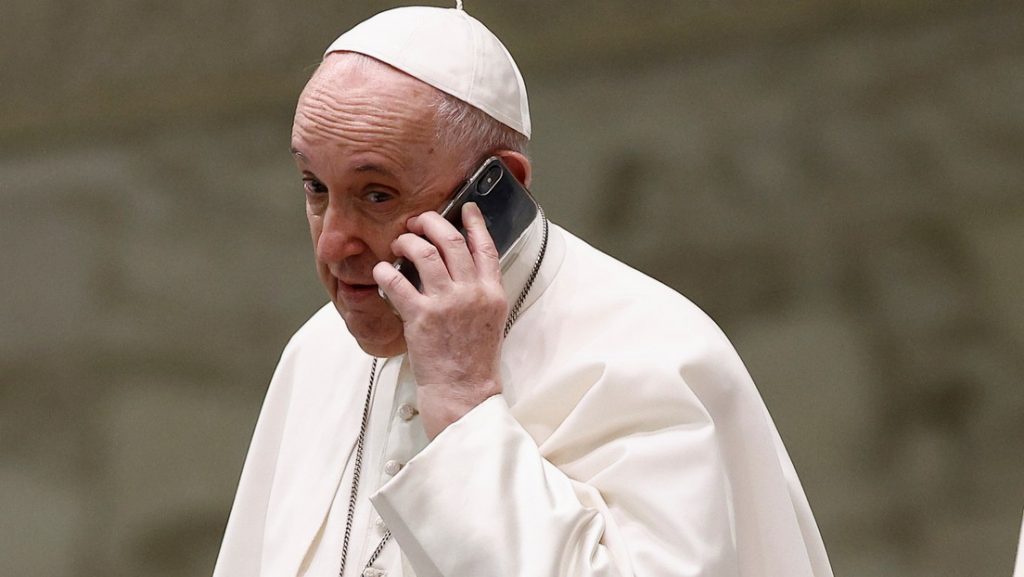 So far, the Vatican authorities have not made any comment regarding the unusual event, so nothing is known about the Pope’s interlocutor or the reason for the call.

Pope Francis responded to a phone call during a public meeting held this Wednesday in the Paul VI Hall in the Vatican, surprising the parishioners who attended the event, Picks AP Agency.

According to reports, the Holy Father was giving his apostolic blessing, at the end of the session, when one of his assistants approached him and, having passed a few words, handed him a telephone with which he answered the call.

to me witnesses, the highest head of the Catholic Church spoke for about two minutes and then signaled to the faithful by signs that he would return soon and leave the room for a few moments. Soon, he returned to greet those present and continued to bless them.

So far, the ecclesiastical authorities have not commented on this unusual fact that goes against the protocols, so the identity of the interlocutor or the reason for the call that stopped the celebration is unknown.