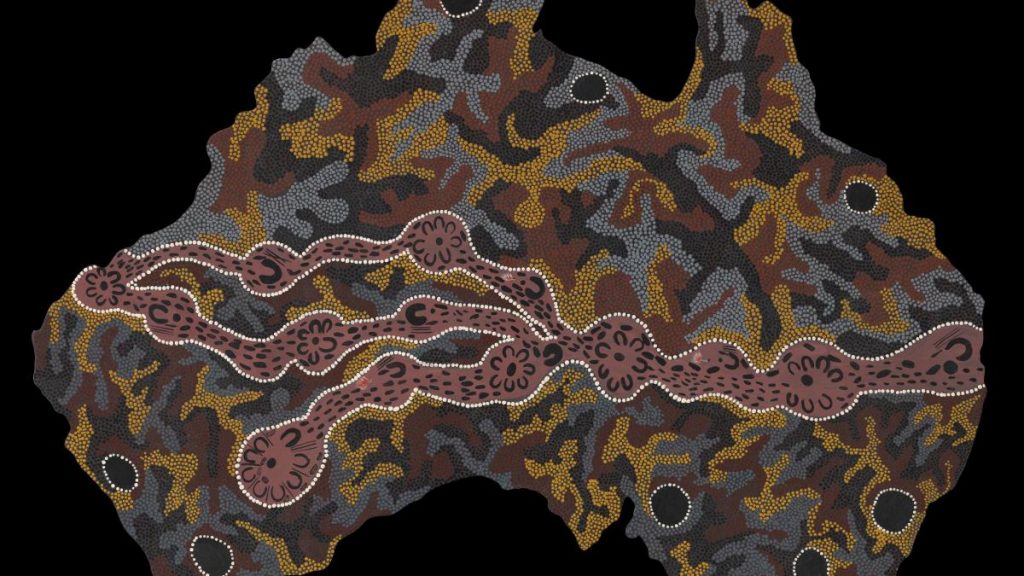 From the port of Plymouth, the first Englishmen traveled to Australia, many of them prisoners who were sent by Her Majesty’s Government to the Antipodes in a pioneering transfer of the prison service. Now, the journey has been in reverse and with fewer feisty characters, as The Box Museum in the coastal city of Devon has put together the largest exhibition of Australian Aboriginal art ever presented outside of Oceania (Songs: Follow the Seven Sistersfrom October 21 to February 27).

It is an ambitious seven-year project to restore, rebuild and preserve song lines

With three hundred paintings, photographs, ceramics, sculptures and objects by a hundred different artists, as well as performances of dance, film and multimedia, the exhibition is an introduction to the art of Australian Aboriginal communities and an ambitious seven-year project to restore, rebuild and preserve songs, a type of story or epics such as Icelandic that has been passed down orally from generation to generation.

The initiative was led by Margo Neal, a leading specialist in Aboriginal culture and art and head of this department at the National Museum of Australian History in Canberra. To build the archive of tribal knowledge that is the heart of the show, he personally interviewed many leaders of different communities and traveled the country to collect material leaving Australia for the first time, and after Plymouth it would be possible to admire at the new Humboldt Museum in Berlin and on the Quai Branly in Paris.

The lines of Aboriginal Australian songs or epics, which are about 60,000 years old, form a complex political, historical, social, geographical and spiritual network, combining narratives with which the elderly pass on their knowledge to children and grandchildren, and at the same time they are a map for understanding the way of life of the indigenous people of the country, their moral codes and the context in which important laws and events were enacted. It has been compared to Genesis, The Iliad, and The Odyssey, and was first learned by the West through travel writer Bruce Chatwin.

The exhibition, in the restored box in Plymouth, shows the connection between cosmology, culture and the land that is part of Aboriginal culture through a fascinating journey through three states in Australia and half a million square kilometres, using the power of contemporary art to recover and recreate traditional stories. It’s part art, part science, part history, and all three in one.