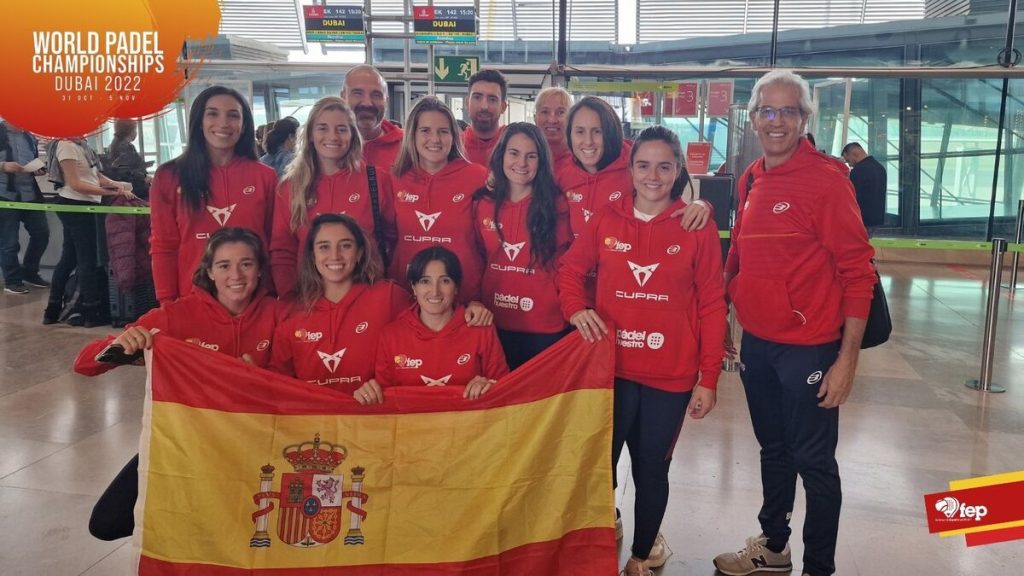 The countdown to the long awaited date begins from Sixteenth absolute world Padelorganized by the International Padel Sports Federation and the UAE Federation Associated Member, scheduled to be held in Dubai (United Arab Emirates) From October 31 to November 5.

Spanish Padel Federation selectors, Isaiar Montes and Juan Jose Gutierrez, They announced the players who will make up the Spanish teams in the male and female categories, respectively. In both lists the presence of Malaga, a woman and three men.

The national coach has built an experienced team in which Paquito Navarro stands out as a veteran. It also provides strength Alex Ruiz and Momo Gonzalez. Alhaurino and Antequera have proven to be some of the best couples in the world this season. They come together, for the first time, to represent Spain in the World Cup with the first team, Javier Garrido So is the young man from Malaga Miguel Yangas. “Mike” and Arturo Coelho are the youngest in the national team (20 years).

The women’s national team is formed by Alejandra Salazar, Gemma Triray, Ariana Sanchez, Paula Guizimaria, Beatriz Gonzalez, Marta Ortega, Barbara Las Heras and Veronica Verseda. Despite their young age, some of them are already veterans of these battles. a Salazar, Trey, Sanchez, Josemaria and OrteigA, joined, for the first time to the defense of Spain in an event of these characteristics, Balanya BI Gonzalz, as well as the revealing couple of the season, Barbara Las Heras and Veronica Verseda. is beingGonzalez also made an important leap this year with Marta Ortega.

See also  Chivas: Cesar Huerta is back in Guardianes 2021 and will start against Puebla

in female category 17 national teams participate, divided into 4 groups to play the group stage. The clashes that will determine the teams that go to the knockout stage, starting Thursday, November 4th.

She topped the first group, defending champion Spain, who will face Germany, USA and Chile. “We want to start this group stage, where we will face teams we haven’t met in a long time,” said the coach of the women’s national team, Isaiar Montes, upon learning of the result of the draw.

The women’s team led by Montes in Dubai seeks to re-verify the title they won last year in the World Cup in Qatar. If they achieve that, they would equal the titles for Argentina, which holds eight world champions’ titles.

The group b, With Argentina as the top seed, it was supplemented with teams from Belgium, Uruguay and Japan. Mexico, Holland and Portugal are framed in group c, Where Italy started as a classifier. Finally, in group d, The only country made up of 5 countries and with France as the number one, we find Brazil, Paraguay, Sweden and the team called the United Arab Emirates.

The same sharing and distribution in male categorya total of 17 national teams divided into 4 groups to play the first group stage.

Spain, who will be seeking in Dubai to reconfirm the champion title won last year in Doha, started as the number one seed in the group A, which is completed with Uruguay, UK and Portugal, The first competitors for the men’s team starting Monday.

in group B with Argentina According to the classifier, the lottery determines that it is Italy, Belgium and the Netherlands The teams that make up. BrazilThe seed in Group C, will be accompanied by the teams of Chile, the United Arab Emirates and Ecuador. France, ranked in Group D, will face the ones to choose from Paraguay, Mexico, Egypt The team called Qatar.

With the competition set to start on Monday at 3:00pm, the different teams are already in Dubai.