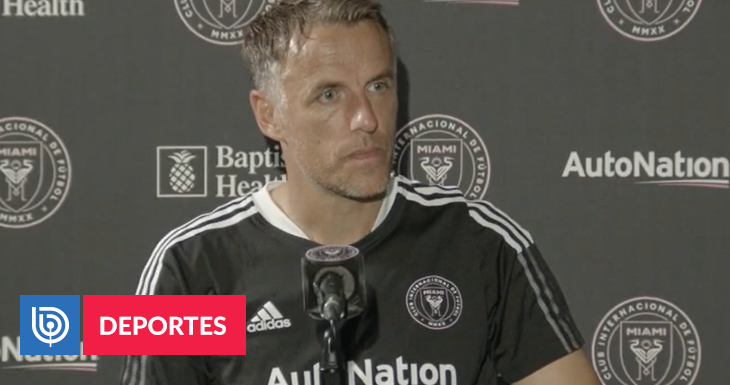 The And the Inter Miami coach defended Robbie Robinson after he decided to leave the Chilean team’s focus to return to the club, stressing that he should give him enough time to make the right decision.

In a press conference before Inter’s match against FC Cincinnati, Neville made it clear “Committing to a country is one of the most important things that Robbie has to do in his career, More than just signing up for a team. To me, it’s more like getting married, it’s that kind of decision. So when people say “he should have played for Chile” or “why is he back?” Well, he’s back because he had the experience, he saw the environment and he wants more time and I think we have to respect that, in Chile they will respect that.”

The former England women’s coach, who has enough experience at the international level as a player, commented that this is not the extraordinary they made it seem.

“Ruby went to Chile, he enjoyed his time there, he was treated very well and he wants more time to make a decision. We have to leave him, he is a boy who was just in his second season in professional football and we have to give him time and space. It is not like Going into a store and picking up an iPhone or Samsung, it’s not that easy, it’s an important decision.”

Neville was asked directly about the intense criticism and harassment that the player received on social networks.

“People who criticize Robbie may not have had to make such a decision in their careers. It happens in the UK with some players from Wales, Northern Ireland and the Republic of Ireland. It is something that happens in football, and it is not far from the norm. Criticism is coming from Chilean fans. And I’m not saying it’s good or bad, but he shouldn’t be criticized or pressured. It’s his decision and it will affect the rest of his career,” the former Manchester United team believed.

Finally, argue it He did nothing wrong and did not escape from prison. He just wants more time. It’s not much drama, it’s just football.”