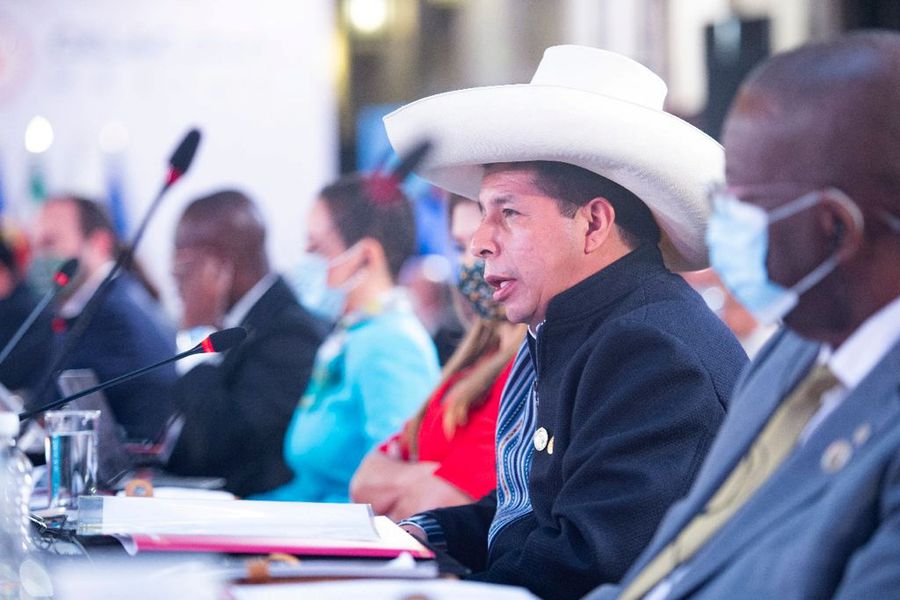 On Monday before the Organization of American States (OAS), and in front of American businessmen, the President of Peru, Pedro Castillo, denied that His left-wing government was “communist” and called for investment “without fear” in the country.

On his first visit to Washington since taking office in late July, Castillo, a rural educator and unionist who won the presidency at the head of a Marxist party, He insisted on his call to attract foreign capital and promised legal certainty.

When we want to change things in harmony With the people, in harmony with the men below, “We have been stigmatized many times,” Castillo told the OAS Permanent Council.

“We are not communists, We did not come to expropriate anyone, we did not come to frighten investments, On the contrary, we invite major investors and entrepreneurs to go to Peru,” he told delegates from 34 active member states of the regional bloc.

At the headquarters of the Organization of American States, the 51-year-old Peruvian president called for the hemisphere to “really be a truly equitable social place, where human rights are guaranteed, There is talk of real democracy and equal opportunity without discrimination.”

Earlier, the Secretary General of the Organization of American States, Luis Almagro, who led the virtual and mixed session, welcomed Castillo’s social vision, Noting that he is “the first peasant president of Peru.”

Castillo, the first Peruvian president unrelated to the political, economic and cultural elites, won the elections in June at the head of the small Peruvian Liber Party in A tight vote against the right-wing Keiko Fujimori, which questioned her before the Organization of American States.

The OAS observer mission said in a report that The elections were fair and supported the work of the electoral authorities in Peru. Fujimori received 49.87% of the vote against 50.12% for Castillo.