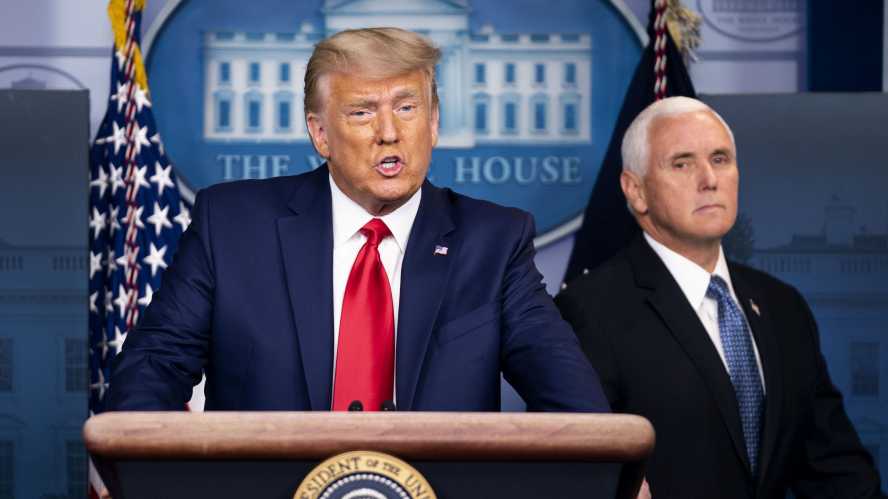 Donald Trump and his deputy, Mike Pence, agreed at a meeting on Monday Work together for the rest of your termAccording to a senior administration official, indicating that The president will not resign or face accountability By his government after riots last week in the United States Capitol.

It was the first time the two officials had spoken since the president incited his supporters to storm the Capitol on Wednesday while Pence was presiding over a congressional session to confirm Joe Biden’s victory, according to two people familiar with the matter.

The two men agreed that the people who broke the law and stormed the Capitol Building did not represent the Trump-led “America First” movement and pledged to continue their work on behalf of the country for the remainder of its term, the official said. He added that it was a good conversation that Trump and Pence had discussed next week and it was reflected in the last four years of the administration’s work.

Pence was furious with Trump After hundreds of supporters of the president stormed the Capitol on Wednesday, disrupting the electoral college vote count and causing the vice president and lawmakers to flee the House and Senate.

The accident raised the possibility that Pence would act to invoke the 25th Amendment to the Constitution., Which allows the vice president and cabinet majority to remove the president from office, a move encouraged by Democratic members of Congress. But Pence privately denied the idea as impractical, according to a person familiar with the matter.

The senior administration official’s statement about their meeting appeared to end the matter and also ruled out a presidential resignation, saying the two men had agreed to work together until the end of Trump’s term.

The vice president’s office and White House Chief of Staff Mark Meadows’ team coordinated the official’s statement, according to people familiar with the matter.

The official and people familiar with the matter requested anonymity because the Trump-Pence meeting was not made public.

Days after his departure, Trump put Cuba back on his list of countries that promote terrorism